5 Tips For Turning Your iMaschine Sketches Into Songs

iMaschine is a great iOS app for making beats and patterns on the move but if you want to really expand your project into a fully fledged song, here are some techniques you can use to do it.Â

1. Stream audio to another iOS DAW 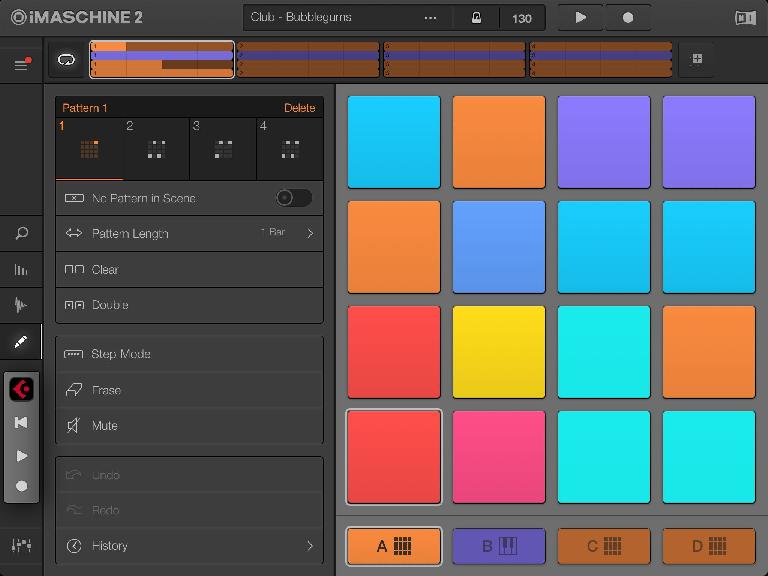 Most people would assume that in order to expand on the capacity of iMaschine you’d have to export a project off your iOS device, but this isn’t strictly the case. In fact, iMaschine 2 supports Inter-App Audio which means it’s able to send its stereo output to any other app capable of receiving using that protocol. 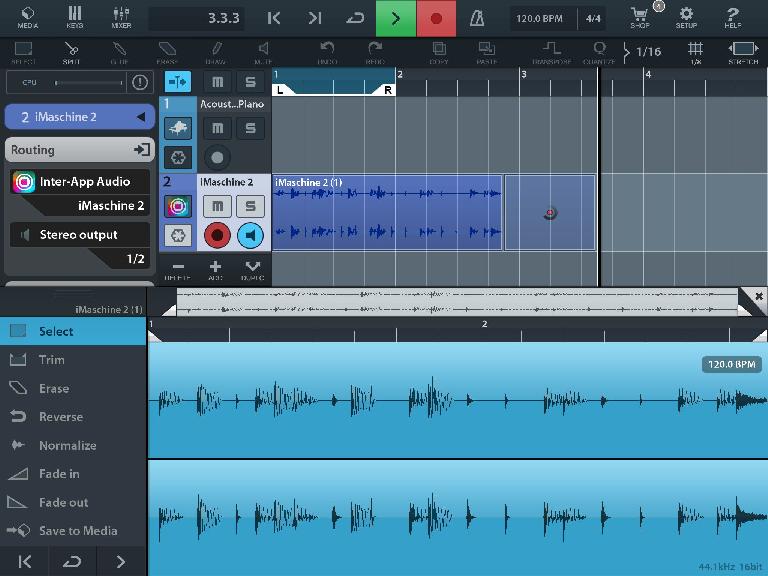 Highly capable mobile DAWs like Cubasis and even more streamlined ones like GarageBand support IAA, so you can select iMaschine as an input and stream and record your loops or sequences through into an audio track. From there, add more audio tracks and virtual instruments in the DAW and you’re on your way to a much bigger sounding track.

2. Export to Maschine on the desktop 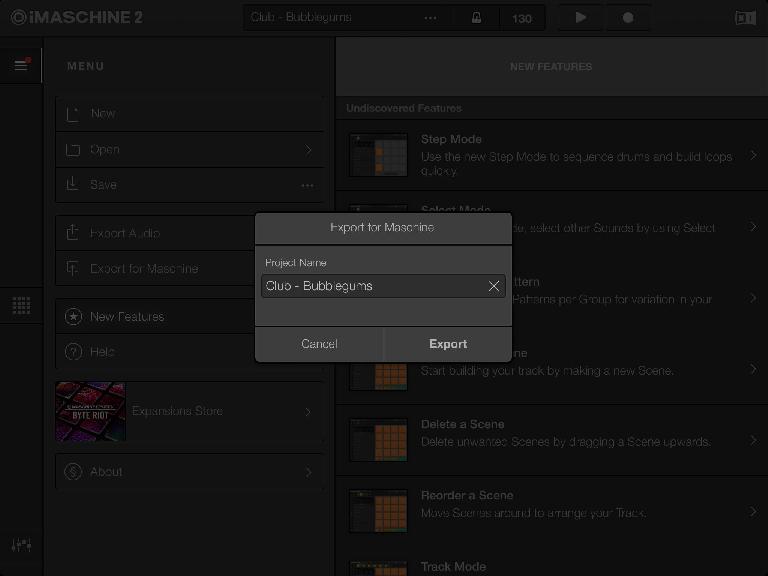 This is the best option if you want to keep your source patterns editable, as Maschine on the desktop can of course read iMaschine raw project files. In iMaschine, simply choose Export For Maschine from the Export menu and then from the resulting Share Sheet, choose where to send the project. iCloud Drive sharing is probably the simplest and slickest option here, though you can also use Dropbox, or iTunes’ File Sharing to transfer the data then open it in Maschine on your Mac or PC. 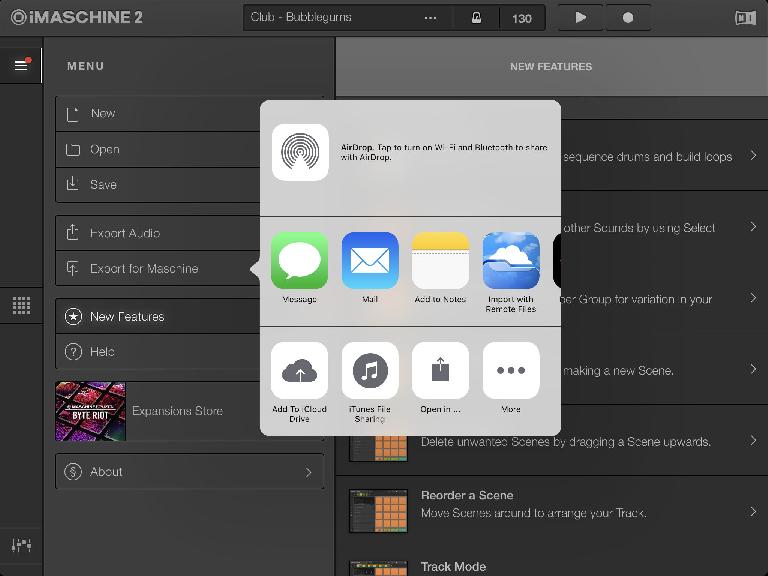 3. Export as loops or stems 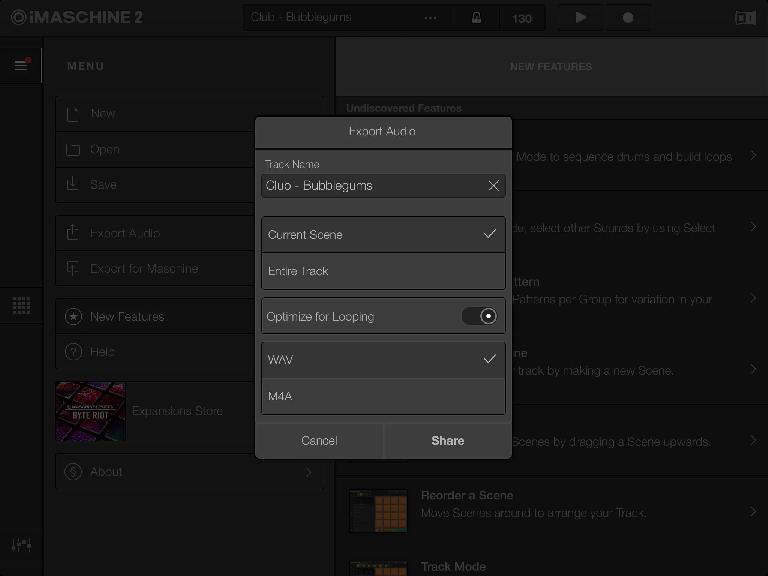 From iMaschine’s Export menu you can also choose to export audio mixdowns rather than a raw project. Again the results can be sent via iCloud or some other means of getting them to your computer. The benefit of this method is that once rendered down as audio, your loops and patterns are essentially just audio and so can be read by more or less any application. So you can move to a 5-year old version of FL Studio just as easily as to a multitrack hardware recorder to continue work on your song.

4. Give yourself plenty of options

If you are thinking of iMaschine as a way to generate ideas that will then be expanded in a “bigger” application later, you don’t necessarily have to do loads of work on your mobile device, just come up with sketches and possibilities. When you are exporting from iMaschine, create lots of versions of loops (with snare, without snare, simple hi hats, complex hi hats and so on) so that once on the desktop you can create more complex arrangements, having access to many versions of the different parts instead of just a couple each.

5. Use iMaschine with Ableton Link 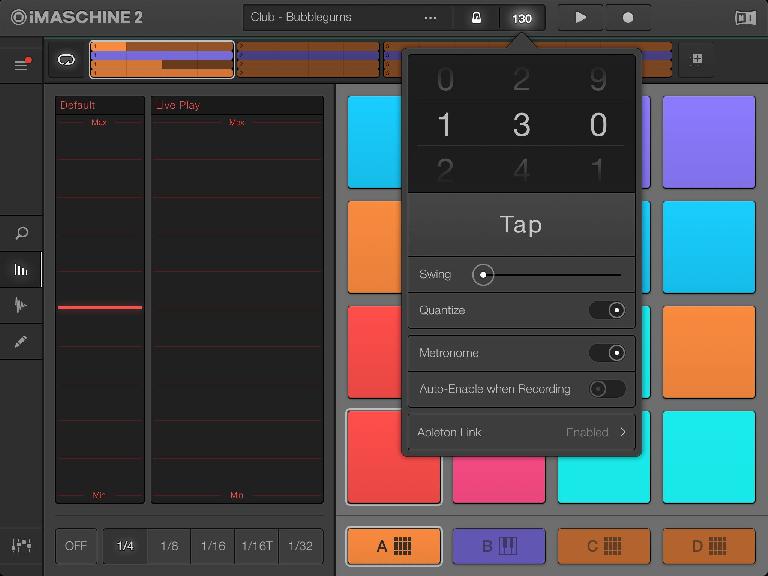 As cool as iMaschine’s sequencer is, you also have the option of syncing it with other apps using Ableton Link, which you can enable in the Settings. This means that it will sync with other devices on your local network also running Link, and become part of a wider music-making rig. The idea is that you can use iMaschine patterns as one part of a project but add other parts from other computers and iOS devices, recording all their outputs to create a much more complex song.

Learn more about Maschine in the AskAudio Academy here.