5 Tips for Exporting Stems and Mixes From Cubase

You've spent lots of time writing, recording, arranging and mixing your track. When the time comes to export it from Cubase, here are some pro tips to help you do it correctly.

1. OMF files can still be useful Cubase is able to export OMF files (Open Media Format), a sort of simplified container file that contains certain basic information about the project in its raw form. Go to File > Export > OMF to see the options window. You will see it’s possible to specify which tracks to export, if locators should be used for selection, whether to duplicate and consolidate your audio media (hint – do this!) and whether to include clip volume and fade curves. Some options are restricted to OMF version 2. You will produce a file containing things like BPM, arrangement, track names and clip lengths, which can be opened by other compatible DAWs and some video editing software.

The idea  behind OMF was to enable limited project interchange between apps without having to render audio down first. As such, OMF files don’t contain MIDI, automation, any plug-in information or anything else specific to Cubase. Since DAWs are very different, OMF just does the very basics. Still, it can be useful for quickly transferring specific kinds of project data to other systems.

2. Tempo tracks can be exported 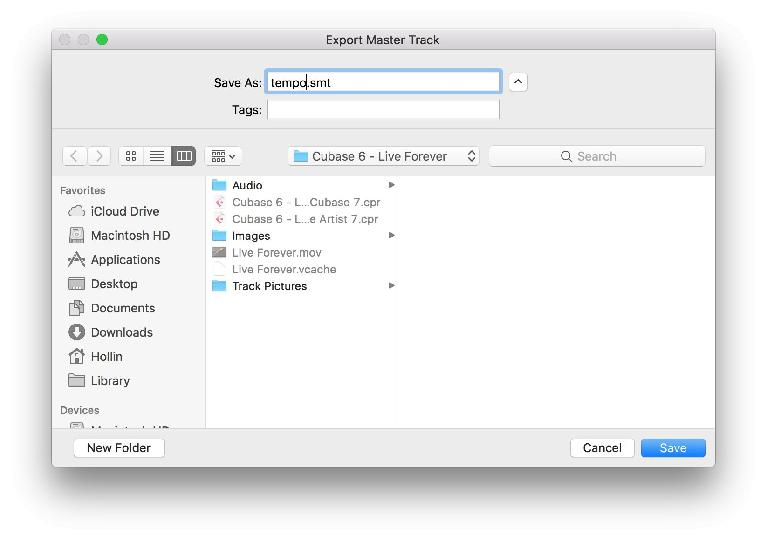 When you are dealing with tempo changes within a project, it can be necessary to transfer or back up the tempo track to a file so that it can be imported into another DAW for further work. To do this, choose File > Export > Tempo Track and Cubase will output a simple .smt file that you can import elsewhere to preserve the timing and information. 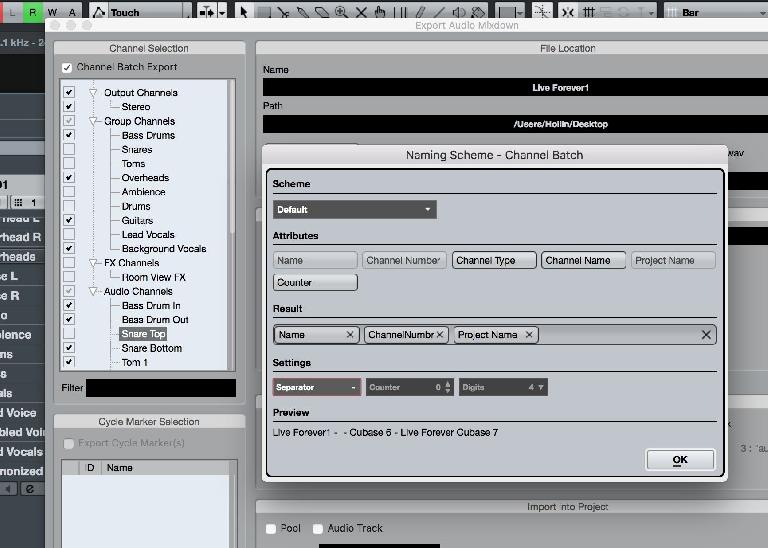 The Export Audio Mixdown window is very powerful. As well as allowing channel batch export in the column on the left, you can specify naming conventions for the exported stems. Click the Naming Scheme button and you can drag naming elements into the Result field to create a chain. This saves you time manually adding text to file names later and also makes exported data far easier to keep track of.

In the Audio Engine Output section of the Export window there’s a box you can tick called Real-Time Export. If your project exists entirely within Cubase and all instruments and effects are being processed internally, you can leave this switched off. If however you have external hardware instruments or effects connected as part of a project, being triggered by MIDI or processing sound in realtime, you will need to use realtime export so that the sounds are actually triggered correctly and can be made part of the final export. 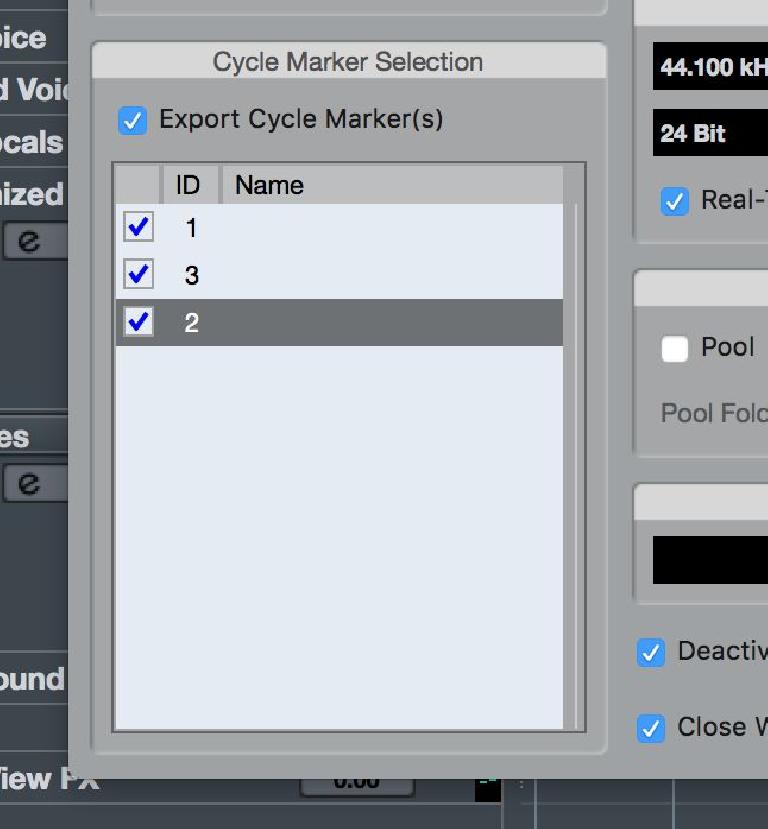 In Cubase Pro 9 you can export different sections of a project at the same time. With cycle markers set up in a Marker Track, go to the Export window and you are now able to choose which sections to export. On export, one audio file is created for each range. This is useful for example when working with film or TV projects, where you may have many cues to export from a single project. Using this technique would save repeatedly setting the L and R markers and exporting each time.

Learn more about Cubase in the Ask Audio Academy here.