Language
Whether you're using an iPhone or a dedicated field recorder, these 5 timeless tips from Hollin Jones are designed to help you capture what you need, when you want.

You might spend most of your recording time inside a studio and trying to get as clean and isolated a sound as possible, but there's a whole world of recording that takes place outside. Field recording as it is known can have many uses, from capturing sound effects and atmospherics for music tracks or sound libraries to recording location sound for video or film projects. Let's look at some of the key things to know if you ever decide to do any field recording.

You don't need headphones to hear what's going on in a field recording since you are usually recording whatever sound exists around you. What a pair of cans does give you however is a much more accurate idea of what the recorder is actually picking up. Your ears are on the side of your head, but a digital recorder's mic may well be much more directional and could be picking up something more specific than what you're hearing with your ears. Using headphones'"preferably closed back or earbuds rather than open back'"lets you be much more accurate with the directionality of your mic. 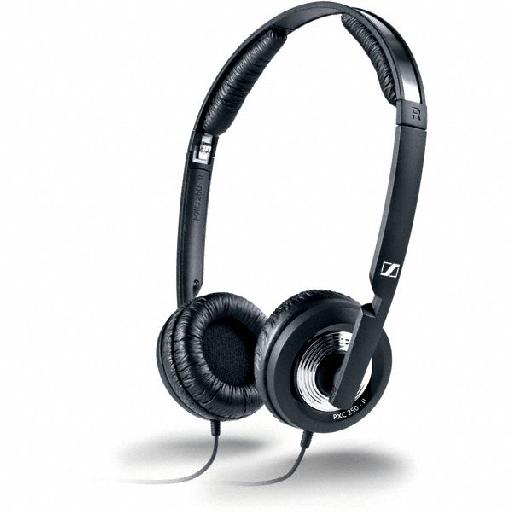 You don't have to take your studio models, but use some decent headphones while field recording.

2 - Make creative decisions in the field

When you are out in the real world, you will pick up many more sounds than you might be expecting. Things like traffic noise, planes overhead, wind and car horns are all aspects of everyday life that we tend to block out by default, but they will be picked up by a mic used in public. And although you can digitally remove some of them in post production using EQ or spectral repair tools like iZotope's RX, your life will be a lot easier the less of that you have to do. So try to help yourself: if you're recording a person, move away from the road to a less windy spot, and try to minimize the sounds that intrude into your recording.

3 - Understand the difference between mono and stereo

Many handheld digital recorders have integrated stereo mics but will allow you to switch to mono recording. If you're capturing any kind of soundscape, a stereo recording will give you a much more believable effect, especially as sounds like traffic or anything else that moves will shift across from one channel to the other as it does so. However, if you are recording a voice, a mono recording can give it more focus, placing it in the center of the stereo image. 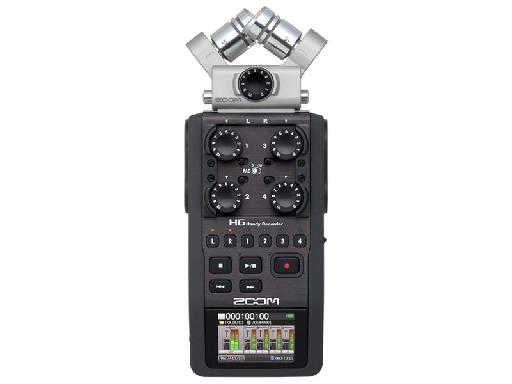 Recorders like the Zoom H6 are very flexible: this model has switchable mic modules.

4 - Use an external mic When needed

Although the microphones built into many handheld digital recorders (like Yamaha's Pocketrak or Zoom's H6 to name but two) are excellent, sometimes you will want to use a more directional mic to specifically capture one source while excluding other sounds. In some cases you may be able to switch the pattern of the built-in mic to make it more directional. In others, consider adding a second, external mic and plugging it into the external mic input, provided your recorder has one. Even small recorders often have a mic/line in, for connecting a more directional mic.

Most handheld digital recorders' mics have a built-in windshield, but if it's very windy it won't hurt to add an external one as well. Distortion caused by wind hitting a mic when outdoors can completely ruin a recording and is very difficult to remove digitally. 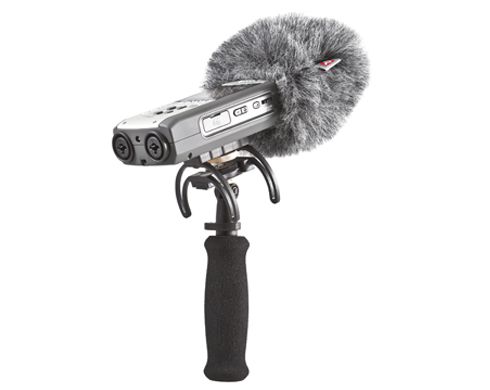 An external windshield like this model from Rycote will help to cut down any interference from the breeze.