The Logic Pro development team should rightly be very proud of what they have accomplished with the new Drummer plug-in and its remarkable ability to help users create detailed and nuanced 'realistic' drum parts. It is a killer feature.

That said, its focus is on drum kits, but when I listen to most pop and R&B songs, I hear the kind of hip hop influenced classic drum machine sounds that Ultrabeat excels at.

Here are 5 tips for using the Drummer track to create parts for Ultrabeat.

1: Choose a Drummer and a Kit

I decide to do an R&B song and I'm really digging what Benny is laying down, but the parts are too busy and the drum kit, Motown Revisited Kit, is all wrong. 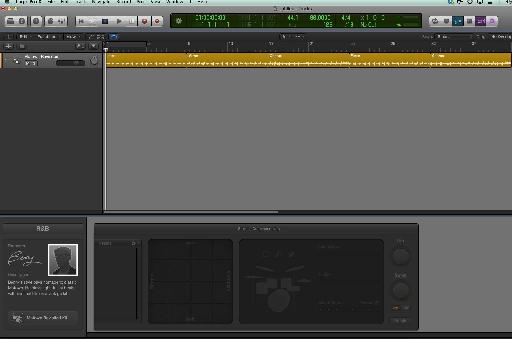 Clicking on the kit icon (below the drummer, at the left side of the Drummer Editor) allows me to keep Benny but change the sound of the kit in the Drum Kit Designer software instrument to one that is closer to the aesthetic that Ultrabeat will bring to the table. I choose the Neo Soul kit. (Note that I am not using a multi-output 'Producer Kit', since ultimately this is going to be played back through Ultrabeat.)

While not strictly necessary, personally, I spend some time tuning and dampening some kit pieces, like the snare, because it helps me creatively. 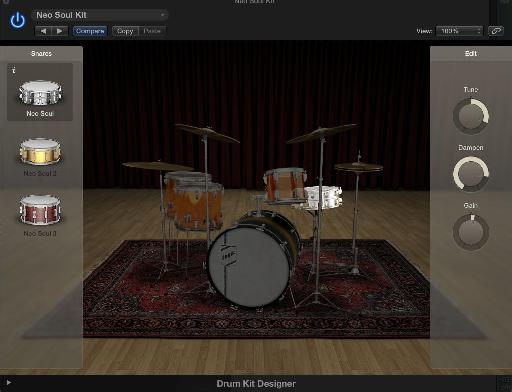 I do the same thing for the kick and snare and it is really starting to work for me. There is a tambourine playing a part that I think would be better with handclaps, so I simply swap that kit piece out by clicking on the hands symbol. All that remains for me now is to dial down the Fills knob so that I only get one fill at the end of the region and drag the Simple-Complex puck a little to the left so simplify it. This intro sounds great for this song.

I would then repeat this process as needed for verses, choruses, bridges and outros that I will use. While this takes a while, the creative possibilities you will discover are fantastic. 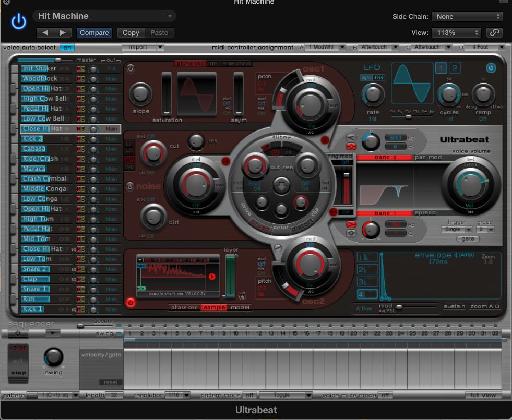 For maximum creative control, I instantiated Ultrabeat as a multi-output software instrument so that I can apply FX discretely to certain kit pieces, like compressors, gated reverbs, etc. I then need to go into the Ultrabeat GUI and assign the outputs of the kit pieces that are being triggered by the Drummer regions, and create the auxes for it in the Logic mixer. If I select the Drummer regions that are now triggering Ultrabeat while holding the Control key, I see the options to convert the drummer regions to MIDI regions. The advantages are obvious in that I can now easily change or copy pitches, edit velocities, re-quantize, etc. However, once again, I would strongly recommend that before you do this you save as another Project Alternative. If you have edited the Drummer regions to be more complex, there are things going on with Drummer that are not strictly MIDI, little nuances, that may get lost in the translation.

There is no law against it, right? I decide to go back to my first Project Alternative that has the Drum Kit Designer. I create a new software instrument track and as I did previously, I instantiate a multi-output Ultrabeat and load the Hit Machine kit, assign the output assignment and create the auxes and add the FX plug-ins, as before. I them select the Drummer regions and Option-drag them to copy them to the Ultrabeat track, where they are automatically converted to MIDI regions. This now opens up a staggering amount of creative possibilities. I can now go into the Drummer regions and mute or unmute different kit pieces and go into the MIDI regions for Ultrabeat and delete, change, and alter any of the MIDI notes there.

This gives you the potential to create drum parts that will sound totally unique, literally like nobody else's because of all the variables it provides you. The only limitations are your imagination, your desire and your willingness to invest the necessary time to create something truly unique,