Apple's latest iPad Pro models are the most powerful it's ever made, and have a new design. Should musicians and producers take the plunge, or look elsewhere?

Why You Need An iPad Pro 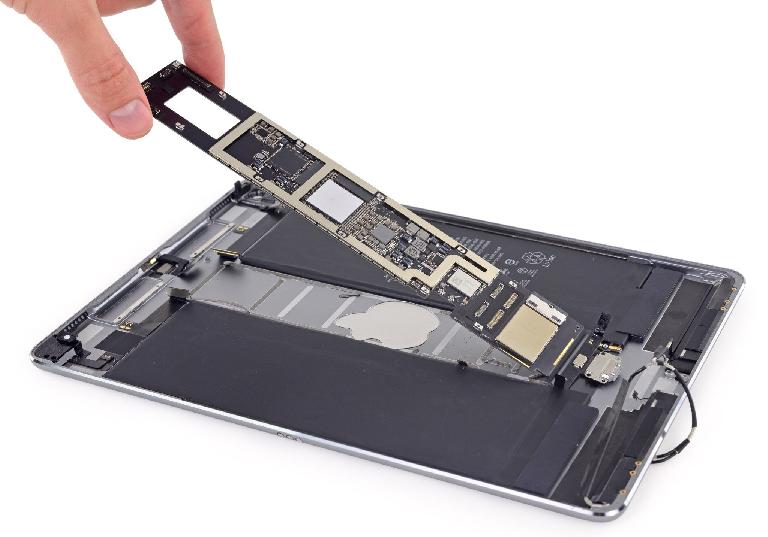 It’s partly down to the fact that Apple designs its own A-series CPUs and system-on-a-chip for iOS devices, but relies on Intel for Mac processors. So it’s able to optimise the iOS hardware and software to within an inch of its life. There’s been talk of ARM-powered Macs and while we’re not there yet it would seem to be a more realistic prospect than ever. Inside the 11 and 12.9 inch iPad Pros released in 2018 are 2.5GHz, 64-bit processors with 4 high performance and 4 high efficiency cores, as well as a 7-core Apple GPU and 4 or 6GB of RAM depending on your model. Just a decade ago those were the kinds of specs you’d only get in a Mac Pro.

2. They Can Power Other Devices 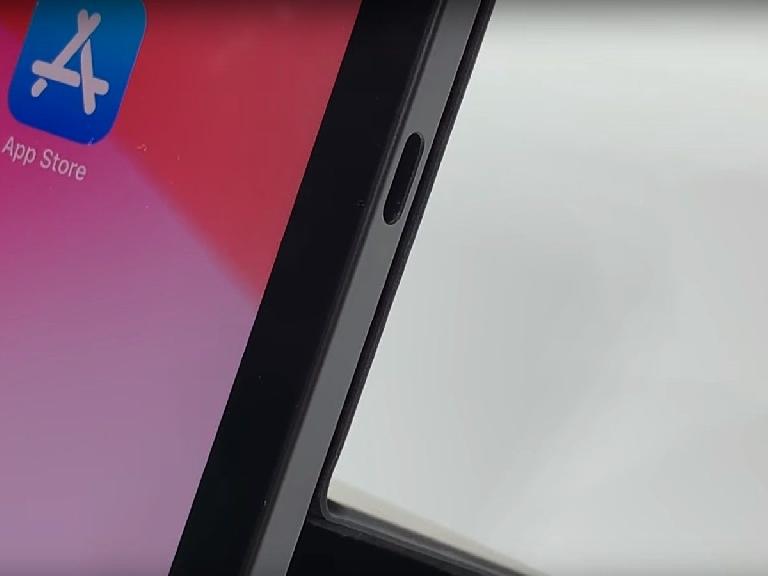 The 2018 iPad Pros are the first to use USB-C and also the first that can send power out as well as in. So in a pinch you can use the iPad’s battery to recharge your phone, watch or any device that can accept power in (with the correct cable).

3. They Have Really Big Displays 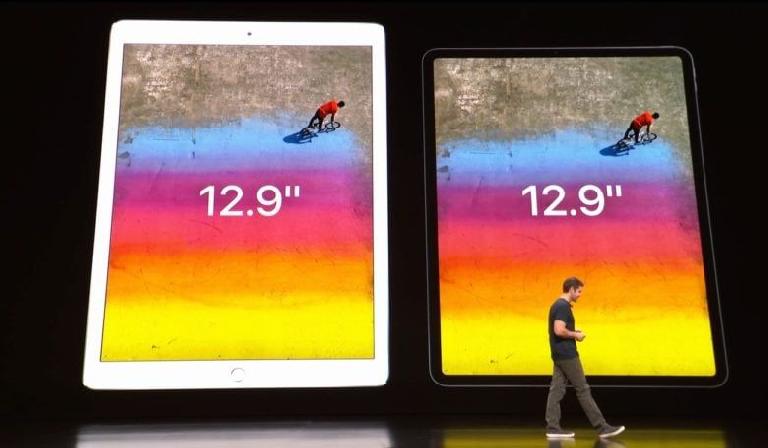 Honestly, if you’ve never used an iPad bigger than the long-established 9.7 inch screen size, you’re in for a treat. The 11 inch model is really widescreen in Landscape mode and the 12.9 inch one feels simply enormous. Developers have started to adapt their apps tor the larger screens - notably Steinberg’s Cubasis can now use the full screen on both - and that’s a whole lot more real estate to work with when making music. It’s also much easier to see and use a larger screened iPad on stage, say for reading lyrics or using a performance app like Amplitube.

4. With A Few Additions They Can Replace A Computer 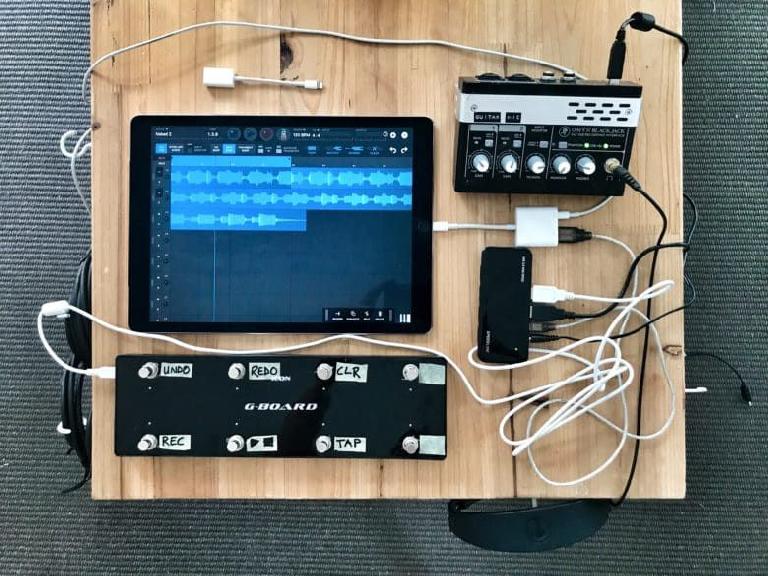 You can connect an increasing number of audio interfaces to your iPad Pro, as long as the developer has made them iOS-compatible. MIDI devices are even easier, with CoreMIDI meaning most MIDI devices will work right away. Adding a USB-C dock - these start at around $50 - really expands your I/O. They vary in exact configuration but you might expect a typical USB-C dock to add USB-A, a headphone port, HDMI and perhaps a card reader. These remove the need for multiple extra cables and adapters, and can be a great investment. Other things like keyboards can easily connect over BlueTooth.

5. Touch Can Be A Great Way To Make Music

There are some amazing apps designed specifically for iPad, from DJ tools to loopers, beatboxes and full DAWs. While iOS doesn’t support mouse input, a large screen iPad with powerful processors can be a fantastic platform to make or perform music, and it’s more portable than almost any laptop.

Let’s face it, 2018’s iPad Pros are great but they also have a startling price tag. This varies depending on your country, but even the base model, where I am, starts at £769 inc VAT, which is basically $1000 at the time of writing. The “regular” iPad is considerably cheaper, with the latest 9.7 inch model starting at £319. It’s less powerful but still more than good enough for many people, plus it supports the Apple Pencil 2, if you like a bit of graphics.

2. Mac OS Or Windows Is More Flexible Than iOS

As good as iOS is, one of the things holding the iPad back is that its operating system is still, for the most part, designed for phones and adapted for tablets. It’s had a lot of iPad-centric upgrades like multitasking, drag and drop and so on. But it’s locked down, you can’t dig into the file system and it doesn’t support mouse input. Plus, Apple deliberately restricts iOS from being able to access USB hard drives so you have to pay their higher prices for more onboard storage. These aren’t limitations that a Mac or PC has. 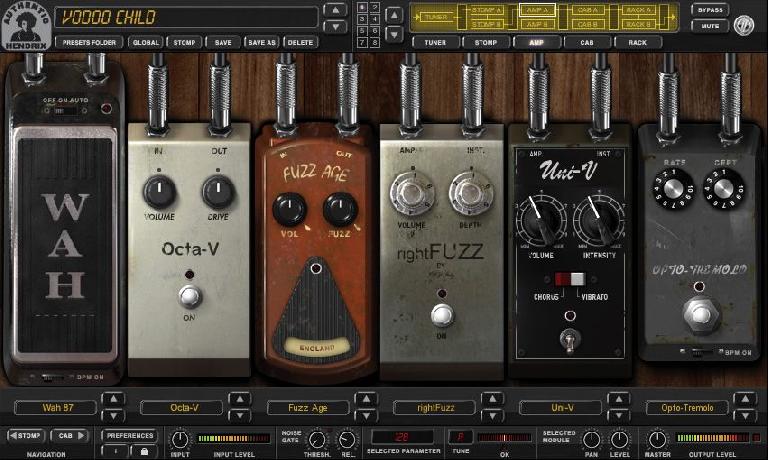 iPads can do a lot, but there can be an argument for getting a tool that just does one thing really well. It’s like the difference between buying an iPhone for its camera, and buying a DSLR. It depends how heavily you want to get in to one thing. A DJ for example may prefer real turntables, or a dedicated DJ hardware system. A piano player may well get more out of a stage piano than a MIDI keyboard plugged into an iPad. A guitarist might like a case full of stomp boxes more than an iOS app. Happily, we now have the choice at least - you can go with hardware or with an iPad, whichever you prefer.

4. Ebay Can Be Your Friend

There are a lot of Apple devices in the world, and some people upgrade every time a new one comes out. This means that sites like eBay often have some bargains, recent iPads and other gear that’s in great condition and will do what you need, but costs half of what a brand new Pro would cost you. Always do your research before buying. 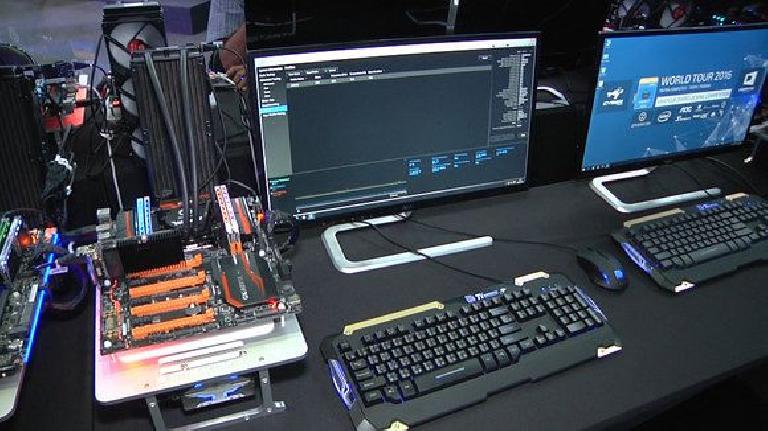 Apple locks iOS down, which makes it one of the most secure operating systems around. But that also means you can’t customise it much. Some producers are also tech heads who like overclocking, customising and generally tinkering with their systems. This is very popular in the PC world, possible in the Mac world but not really feasible in iOS world. So if you like to monkey with your setup a lot, an iPad may not be the best option for you.

Charlie
After owning a 2018 iPad Pro 12.9” for 2 years, I can safely say it is not suitable for any serious music production. The lack of headphone jack is more is a show stopper for a start. The lack of compatibility with so many USB and thunderbolt devices is too restrictive. Finally neither Apple nor hardware companies have developed enough Pro software for iPadOS. I wanted it to work so much, but after many frustrations I will be using a laptop going forward and leave the iPad to drawing artists.