5 Mistakes To Avoid When Mixing With Reverb

Language
Applying reverb to the mix can help it sound incredible, or if badly done, muddy and mushy. Here's five important mistakes to avoid when mixing with reverb you really need to avoid.
Prev 1/5 Next
1Introduction 2Page 2 3Page 3 4Page 4 5Page 5

Adding reverberation/ambience to a recording has been S.O.P. for almost as long as the recording industry has been around—from the use of actual live reverb chambers, to the era of mechanical reverb devices (plates, springs), to the digital algorithmic (simulated) and convolution (sampled) reverb plug-ins we rely on nowadays. Nothing can take a collection of dry, close-miked tracks and open up the mix with depth and air like a good reverb or two. 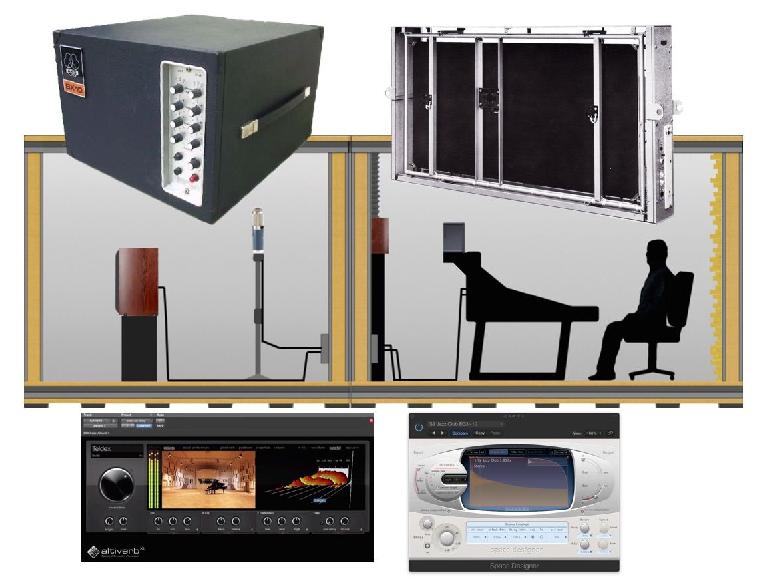 But those pluses can turn to minuses if reverb processing isn’t applied appropriately. Here are five quick suggestions of some things to avoid when adding reverb to a recording/mix.

Reverb and ambience, whether generated by digital processing or occurring acoustically, tends to favor mid and low frequencies over highs. Reverb is the accumulation of reflections in a space, and these tend to lose high-frequency energy first, as they bounce around the room. While some spaces/reverb units do provide fairly bright reverb, the lows still tend to accumulate, the more reverb is applied. In real acoustic spaces, the direct sound is usually coming at the listener from the front, and much of the reverb from the sides and back, which helps those lows from overwhelming the overall balance. But in stereo playback, both direct sound and reverb come from the front and the reverb can much more easily muddy up the mix. To avoid this, mixers may utilize EQ to roll off some of the lows, and traditionally, reverb is often not applied to low-frequency instruments with longer notes, like bass guitar (shorter kick drum hits are fine), to keep the mix as clear as possible.

In a room, all the instruments and vocals naturally have the same reverb, but in a mix, clarity can be enhanced by using different rooms/spaces for different kinds of tracks. It’s common for mixers to start out with two or three spaces—one for drums (tight and bright, like a plate), one for vocals (open and possibly echoey), and an overall general-purpose room. It’s also common to feed tracks to multiple reverbs, in varying amounts. Often, one reverb may supply a small, short ambient space (primarily early reflections, which define the character of a room), and another larger space (later reflections) with a longer tail. Mixing these in different amounts on different tracks can help provide a varying sense of depth for the different instruments and voices (more early reflections=closer, more later reflections=more distant). 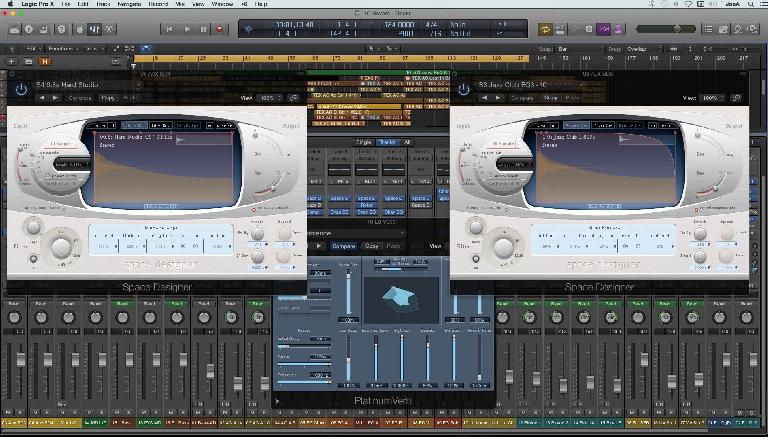 3. Don’t Supersize—Bigger Is Not Always Better

With today’s reverb processors, it’s easy to put even the driest tracks into an arena, amping up the simulated energy and excitement of the mix. But that big room is often inappropriate, for any number of reasons. Some arrangements may be busy—chock-full of complex background lines and subtle ear candy—and a big room may turn all that into mush. Some beats may depend on subtle, rapid rhythmic figures which, again, will suffer if the room is too big, just as that kind of playing wouldn’t come across as well in Madison Square Garden as it would in a small/medium-sized club. And for some musical genres, a drier overall ambience is more suitable—the beats of hip-hop tracks benefit from the tight sound of a very small space, and lyric intelligibility is certainly enhanced by a more understated use of ambience.

Nothing is more dramatic than a big hit or a snare with a big splash of reverb that rings out after the note, but that long tail will quickly cover up other elements in the arrangement, especially subtle hi-hat work or background percussion. This forces the mixer to lower the overall level of the reverb in the mix, often making for drier-sounding tracks with an indistinct wash of reverb in the background, rather than a nice open, airy sense of ambience. Many reverb presets like to show off the quality of the sound with long (≥ 2 second) tails, but for most rhythmic pop mixes, a Reverb Time (Decay) setting of around 1 second or less will allow for a greater sense of depth and air, and still maintain excellent clarity on rhythmic parts. 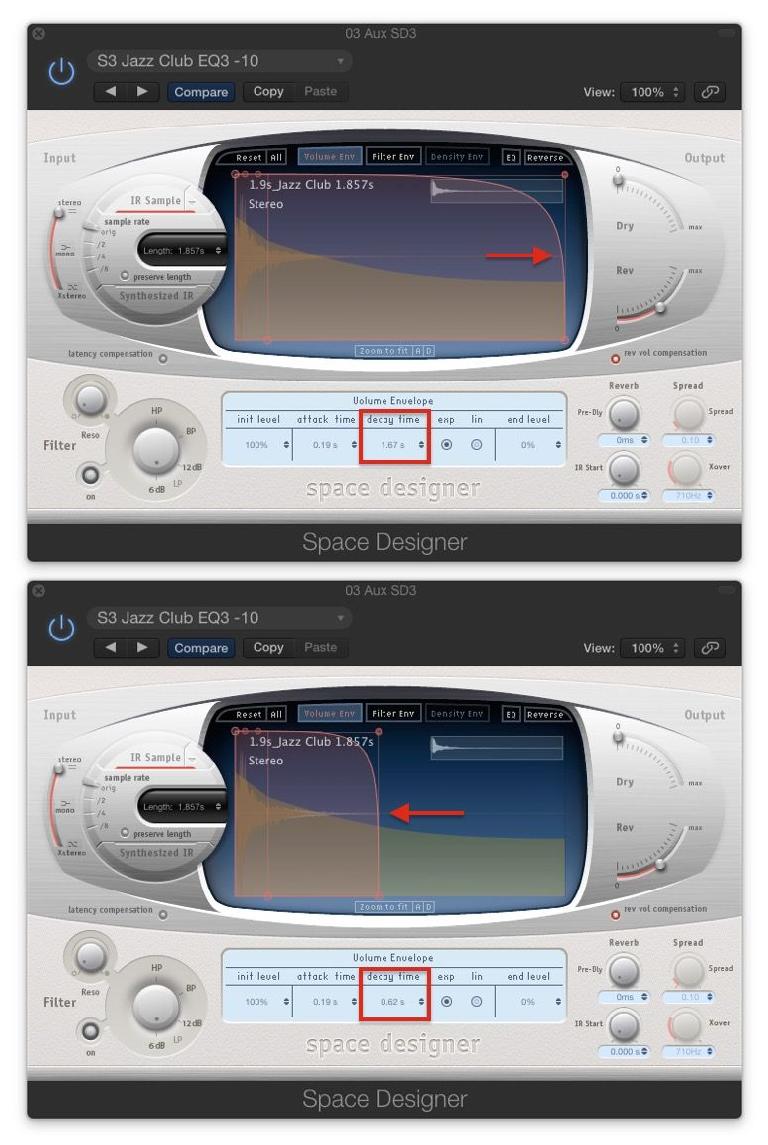 Fig 3 Even with a big room, a shorter reverb tail will preserve clarity in the mix

Audio Example: A Reverb with an overly-long tail; then the same room with a more appropriate shorter tail:

In #2, I mentioned how reverb can impart a sense of depth to a track. The more reverb is added to the dry signal, the further away that instrument or voice will seem—this is the same whether you’re using a reverb in-line or blending it in via Send & Return routing. If reverb and dry signal are equal in level, that track may seem to be coming from the back of the (virtual) room, even if it’s cranked up loud in the mix. This is a common newbie error—add reverb to bring out the lead vocal, but then it starts to recede to the background, so the track’s level is increased, making for an overly-loud, overly-wet vocal part.

So what do you do if you want a nice wet vocal, but still want it to sound like the vocalist is close-up, in front of the other instruments, in the mix’s virtual sound stage? Well, a good trick is to add some Pre-Delay to the Reverb (this parameter is found in most reverbs, or it could be applied by adding a delay right before the reverb). This will keep the original signal dry for a few milliseconds before the onset of reverb, allowing for greater clarity (especially on consonants) and intelligibility before the reverb blends in. It’s sort of the way a classic slap echo works, and similar delay times (50-100+ milliseconds) can work well, dialed up by ear, in context of the full mix. Choosing a more open, echoey reverb sound can also help with this—a sparse echoey quality which might sound bad on percussive instruments can help keep vocal parts sounding open and airy.

Creative and appropriate use of reverb and ambience can really make a mix—if the right sounds are applied in just the right balance, any mix can achieve that open, airy sense of “being there” that can really help draw the listener in.

Become the reverb and delay king in your studio. Watch these videos now.
Prev 1/5 Next
1Introduction 2Page 2 3Page 3 4Page 4 5Page 5