5 Mistakes To Avoid When Arranging Your Next Track

Language
Stepping back and taking a break from your music project during the arrangement process can be priceless. Here's 5 other common mistakes to avoid when arranging your next song or piece of music.
Prev 1/5 Next
1Introduction 2Page 2 3Page 3 4Page 4 5Page 5

There’s certainly no shortage of material out there about the do’s and don’ts of songwriting and arranging, and yet you still hear plenty of demos, home recordings, and even commercial projects that still suffer from many of the same flaws. When it comes to creating musical arrangements, even when songwriters, producers, and arrangers have a good idea of the pitfalls, it’s easy to get so immersed in a project that you don’t perceive flaws or problems with the arrangement that may be clear to other listeners with fresh ears. With that in mind, here are a few suggestions about common arranging mistakes that would probably be best avoided.

One of the most obvious pieces of advice, when it comes to arranging, is to not let the arrangement get too busy. And yet, time and time again, you hear songs with tracks upon tracks and layers upon layers of parts slathered on, in a desperate attempt to achieve a “big” sound. 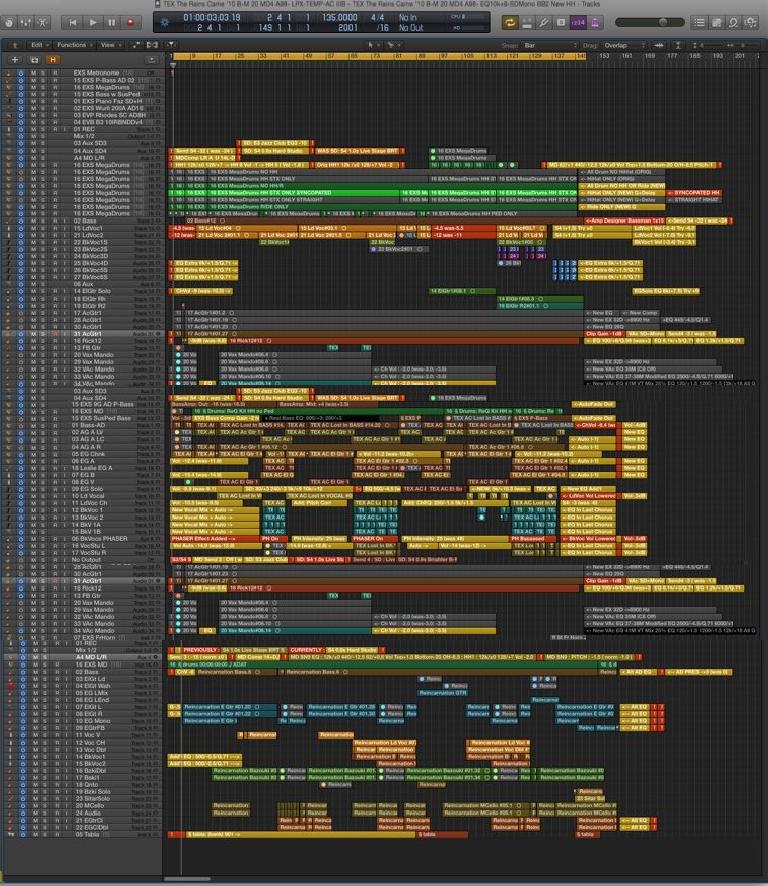 A typical modern arrangement, with tons of layered and doubled tracks

And sometimes a big, dense arrangement works—it certainly did for Phil Spector (at least in his heyday). But, just as often as not, having too many parts can end up obscuring the detail in individual tracks and performances, and that’s often where those unexpected hooks turn up—the little bits of “ear candy” that can make a song really stand out. (Would a hook like the fuzz guitar riff in “Satisfaction” be as memorable if it had been buried under multiple tracks of overdriven guitars, synth pads, and layered harmonies?) I hate to fall back on the old cliché “less is more”, but—well, sometimes it is. If you feel an arrangement is getting too thick, and the rhythm instruments are sounding more like a big indistinct wash than a group of interconnected performances, it might be time to mute a lot of those layers, strip the arrangement back down to just the most necessary parts, and figure out which parts really add something musically beneficial, as opposed to just an increase in density.

The doubling of parts—having two or more instruments play the same musical line(s)—is one of the oldest and most well-established arranging techniques. It’s the basis for the layout of the modern symphony orchestra (at least two of everything, plus lots of strings!), and it’s routinely employed in all genres of pop music. A musical line played by two or three of the same instruments will sound fatter, and have a richer, more chorusey tone, and two different instruments doubling the same parts create new instrumental timbres that you wouldn’t get from either alone. Doubling can also gloss over slight performance imperfections—before the dawn of Auto-Tune, doubling was often employed to smooth over pitchy vocals. 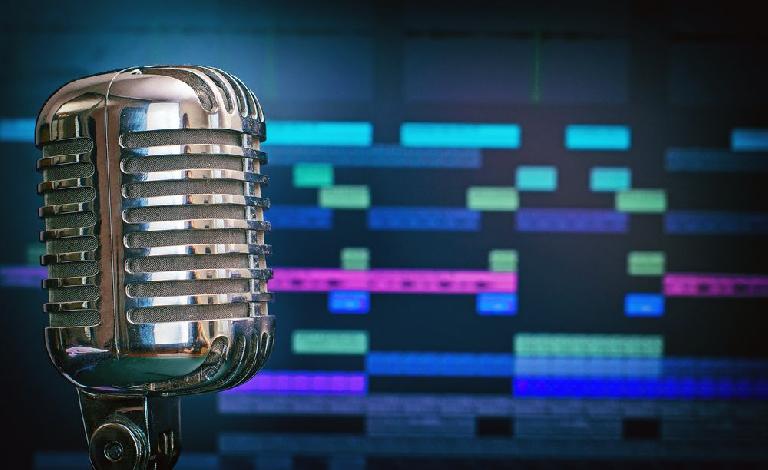 Sometimes doubling parts can correct or help that element shine through. But don't overuse it!

But these same benefits that make doubling so appealing can also work against an arrangement, if they’re not applied with care. Many mixers routinely double vocals (especially lead vocals) and many of the rhythm parts (like strumming acoustic guitars or chunking electrics), for reasons that have more to do with the mixing than arranging. It may be nice to spread that rhythm part out into wide stereo, and fatten up that slightly anemic lead vocal, but is it also appropriate musically? Maybe the rhythm guitar part was intended to stand on its own, so its subtle syncopations can bring a little edge to the vibe of the song, and doubling or tripling it smooths those details out until the part is just another texture in a busy arrangement. And doubling a lead vocal can push the voice backward in the virtual soundspace, leaving the subliminal impression that the vocalist is at the back of the stage—just another element in the arrangement—rather than front and center, as the musical focal point.

If you’re serving as both arranger and mixer for a project, it’s worth paying a little extra attention to this. If another engineer is mixing your arrangement, you might want to make sure that he’s on the same page when it comes to how thick the various elements of the arrangement should be—you don’t want a good mix to come at the expense of the arrangement’s detail and nuance.

The flip side of the kitchen sink problem of overly-busy arrangements might be an over-reliance on the same arrangement elements over and over, in song after song—especially songs that will be sequenced together for an album. If every tune has the same arrangement elements—the same drums, bass, clean guitar, fuzz guitar, synth pad, etc.—used the same way, a listener might start to get a little bored after a few similar arrangements, before he/she has a chance to react to other musical hooks in the individual songs. Even if you’re producing/arranging a simple ensemble, like a power trio, there’s still no excuse for having exactly the same instrumentation, tone, and treatment on every tune, and yet a lot of demos do just that, out of a sense of purity or fidelity to the band’s live sound. But in live performance, energy can make up for the sameness—in a recording, you may need a little more variety to help get those songs across.

This can be as simple as, say, varying the tone of a regularly-used electric guitar by swapping out guitars and amps, employing different effect boxes, or trying different snare drums or different drum tunings, or making sure to not overuse that favorite synth patch. Try transposing a song to make the players use different positions, which may lead to new techniques and more varied parts. Even vocals can be pushed to have some variety—a transposition that places the singer in a slightly different part of his/her register (if possible!), could yield a slightly different vocal character. If all the songs tend to have similar grooves, try substituting a drastically different drum beat—turn around the kick and snare, or even try a percussion kit instead of a standard trap kit—Beatles arrangements did that frequently, to good effect. 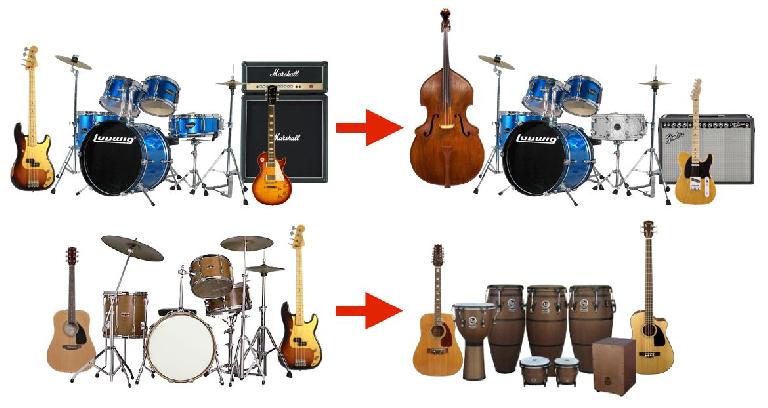 Of course, I’m trying to focus on arrangement techniques rather than mixing solutions, but the two do seem to get intertwined these days, and naturally, a lot can also be done even after the arrangement is finalized and the tracks recorded. The point is, it can be easy to focus on the details of a group of songs individually, and forget to mix it up so the collection benefits from a little welcome variety in the arrangement area.

Everyone certainly knows to make sure that the lead vocal is loud enough to be heard clearly over the rest of the track, but even when that is the case, it’s still possible that other elements of the arrangement may interfere, and step on it a bit. They don’t have to be loud enough to overpower the vocal with volume—an offending line or rhythmic figure, even well in the background from a mixing standpoint, could still distract and detract from the lead. 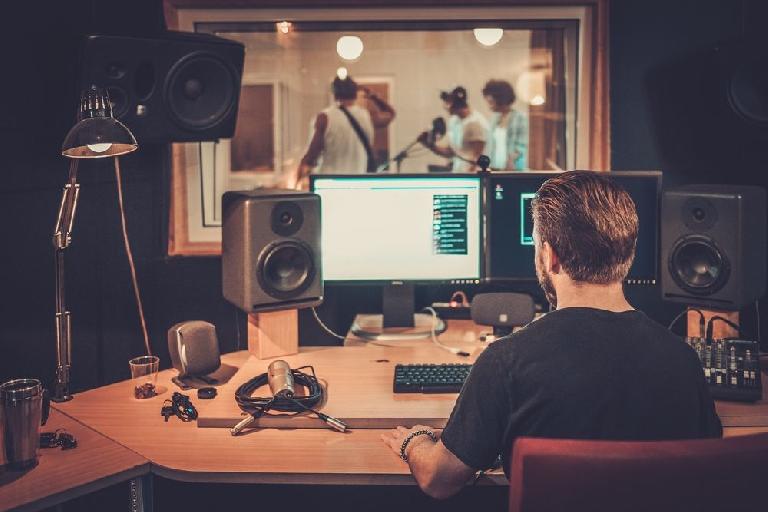 For example, a background guitar or synth melody with a slightly “blued” passing tone or two might sound fine when played between vocal phrases, but if it’s played under the voice, even quietly, those blue notes or bends could make the vocal’s pitch sound a little sour, though no fault of its own. A certain rhythmic figure on the drums or percussion could distract from some subtle syncopation in the vocal rhythm, leaving the main melody with a more vanilla feel. This may be more likely to occur nowadays, with the easy ability to cut and paste arrangement elements—a part that was never actually tried against the vocal might end up playing along with it via editing, and the producer/artist might be so enamored of one aspect of the edit that they miss another, problematic, side effect.

In cases like this, no amount of mixing will really solve the problem—editing might help, or a re-playing of the problematic part(s) could be in order (if possible). But first the problem must be noticed, and the cause identified. And that brings me to the last suggestion...

Many of us tend to play the role of the modern one-man band, taking it even further—we become a one-man production team—writing, arranging, performing, engineering, mixing, and even mastering. Often this comes out of logistical or financial necessity, but it can lead to many of the issues I’ve mentioned here. As I mentioned at the outset, when you’re doing everything, you can’t help but get so immersed in the minutiae that you tend to lose track of the big picture. 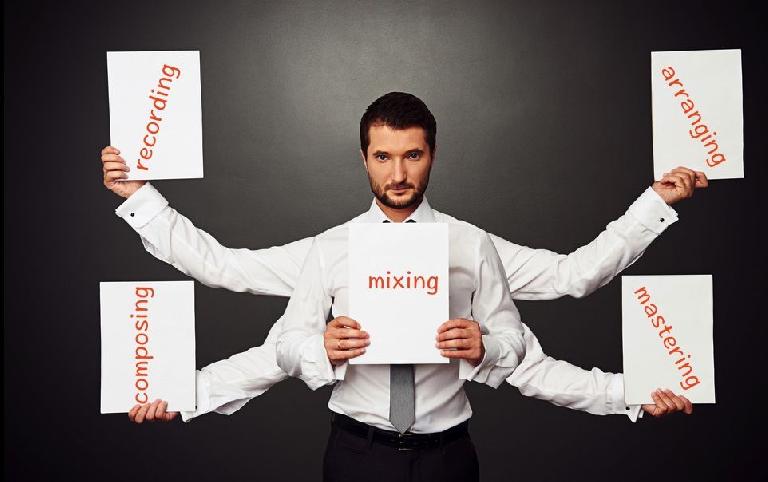 So even if you need to go the one-man studio route, it’s still a good idea to both seek out arrangement suggestions before finalizing things—as the arrangement is being developed—and get frequent feedback from trusted listeners as a project progresses. After all, authors—another solitary profession—have their editors and readers for that purpose, and musical collaboration has been the key to some of the best music ever made in the modern era (I don’t need to mention those super-groups where the members’ solo albums never achieved the greatness of their work as a unit). If you have the final say on the project, you don’t have to use all (or any!) of the suggestions offered to you, but just by considering them, you’ll be more open to outside-the-box thinking when it comes to putting together the elements of a musical arrangement, and that certainly can’t hurt!