Get smart next time you're working with audio files in Logic Pro ... and avoid these mistakes that could set you back big time.

When I first started working with audio in a DAW it took me a while to get used to the idea of file dependencies—a session or project file isn’t completely self-contained, each individual take on each individual track is actually a separate file on the hard disk, referenced by the session file itself.

With non-destructive editing, an audio region/clip links to an original audio file on disk, and so can be edited (cut, moved, re-arranged) and mixed/processed without actually changing the data in the original audio recording. But some tweaks made to an audio recording can change the data in the original recording—for example, non-realtime plug-in processing or Time/Pitch-Shift edits might alter data in the original (separate) files. Probably 95% of session work is non-destructive, but there are some grey areas, and there are also a few mistakes that users can make by not taking into account the fact that the audio they’re working with is actually contained in those separate files.

Most DAWs keep the session file and all its related audio files together in a container folder—the Session or Project Folder—with the individual audio files in a dedicated Audio Files folder next to the Session File itself. 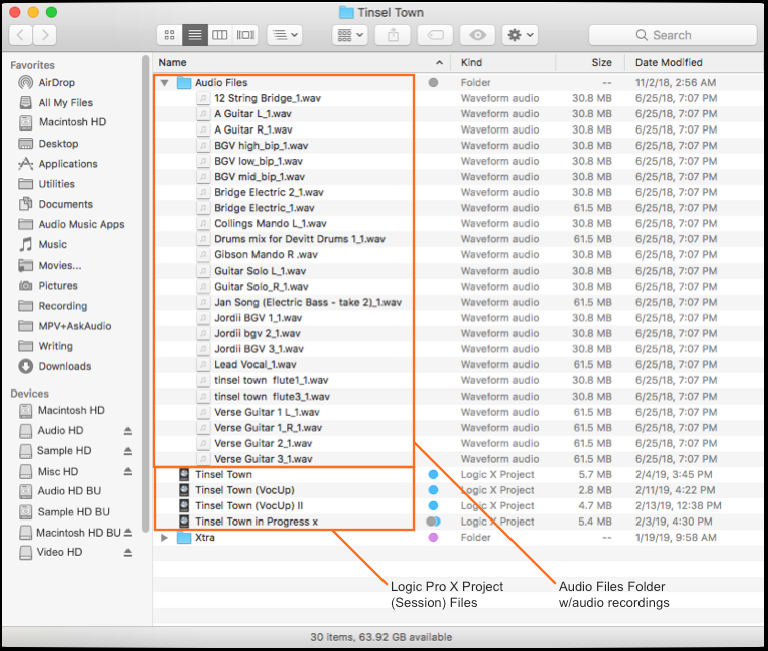 But DAWs don’t require this structure exclusively—an audio recording can still be used in a session even if it’s referenced from another location—somewhere else on the hard disk, or even in another session’s session folder. There are a number of legitimate reasons this may be the case, but it can also lead to potential issues.

Sometimes a producer might want to use an audio recording—like a drum loop, originally made in another session or used in another song—in the current session they’re working on. An unsuspecting user might be inclined to simply drag the Region for that file from one session window to the other, but this could potentially be problematic.

In that scenario (depending on DAW settings) the original audio file might still sit in the original session’s Audio Files folder, and the audio in it will be shared by both sessions. This is fine, as long as only non-destructive editing and processing is done, but if any destructive editing is performed—like if the tempo of the audio file is permanently changed—that would affect the original file. The changed audio would be appropriate for the current session, but if the producer were to go back to the original session, the permanent changes to the original audio file will be heard there as well, destroying the arrangement/mix for that other song. To avoid this you should always duplicate already-used audio files, using the DAW’s Import options to copy files on import instead of just referencing the originals. 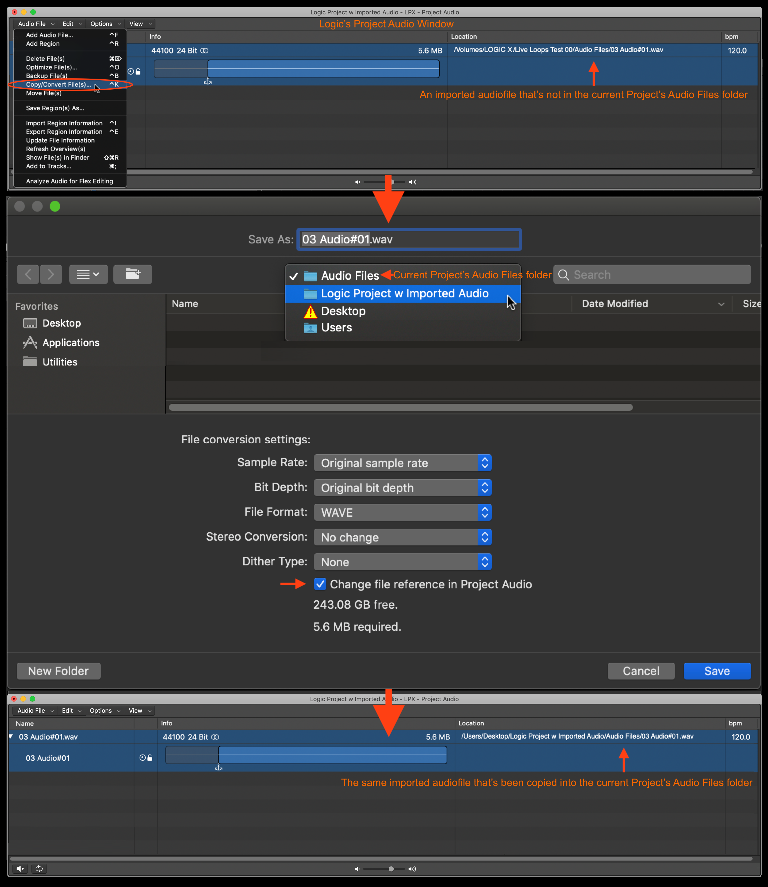 In accordance with the previous suggestion, it’d be a good idea to make sure that all audio files referenced in a particular session file are actually inside the Audio Files folder within that same Session Folder. If you record them all yourself this should be the case, but if you collaborate with someone else you might want to check that, to make sure they’re not sharing files (as above), and to insure that if a single song is separated from a group of songs, all its referenced audio is in the right place—that song’s Session File > Audio Files folder.

This scenario is admittedly less likely, but it could happen—an example might be using a destructive option or plug-in to pitch-shift audio originally recorded in another session—for a song in a different key—to match the key of the new session it’s about to be used in.

If that audiofile is referenced by two (or more) sessions, make sure to replace it with an identical independent copy (as above) before proccessing.

4. Watch Out: Non-Destructive Editing May Still Change Data In The Original Audio File

Modern DAWs often include realtime non-destructive time-shifting to alter/quantize the timing of audio recordings. But while that won’t destructively alter the actual audio data in the referenced audio file on disk, there are changes made to the original audio file’s all-important data header. Any file’s data header contains metadata—descriptive data about that file, necessary for its use in the session. If that data is altered in a shared audio file in one of the sessions that references it, it may, for example, screw up the timing in the other session(s) that also reference it. So even though you’re working with non-destructive processing, you still want to make sure you have a clean dedicated copy of each audio file, and even strip out any associated tempo metadata in an audiofile copied from a previous session, and start fresh. 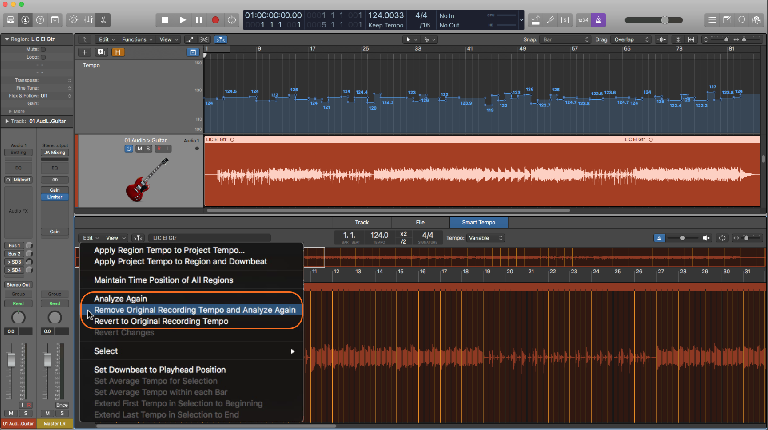 5. Watch Out For Virtual Instrument Samples

Finally, besides the audio files in audio tracks themselves, sample-based virtual instruments also reference individual audio file samples on hard disk, usually stored in some other location on one of the user’s HDs. When working at your home setup, the V.I.s will automatically locate, load, and play/stream these samples from that HD location, but if you travel with the session, those samples might not be there on another computer, and then those instruments won’t play any sound.

To avoid this issue, most DAWs have an option to save copies of any V.I. samples used in the current session into the current Session Folder, making it relatively easy to insure that all the pieces will be available when traveling.

However, if you’re using 3rd-party sampler V.I.s, you’ll likely have to perform this sample management manually.

Small/home studio operators who work on their own in a single location may not have to pay too much attention to most of this, but if you have occasion to re-use an audio recording in more than one session, or if you have the need to travel with your sessions, then a little time spent insuring the inclusion and integrity of all referenced audio in the session is time well spent, to guarantee smooth-running, problem-free sessions.

Kark Milian
When I import audio files into the new Logic sampler it changes the date in the metadata of the audio file wherever it resides on the hard disk. The old EXS didn't do this. It means that creating a new instrument in the sampler from audio files used already in other instruments could cause issues and when cloning or running time machine on your drive it will see these files as new ones that need to be updated when in fact they're not. Is there any way to avoid this?