Language
Live recording'"especially multitrack live recording'"can present its own particular set of challenges, over and above the ones we normally face in the studio. Here's 5 live recording mistakes to avoid.

Compared to live recording, in a controlled studio environment, there’s usually much more time for setup, and, while a problem that rears its head during a recording may produce some tensions, there’s almost always the chance to remedy it with another take. Naturally, with live recording there’s only one chance to get it all right (OK, maybe two, if you’re recording a couple of sets in a club), making it all the more important to avoid any mistakes that can ruin a good recording of a great performance. Here are 5 potential mistakes to watch out for in live recording situations.

1. Don’t Depend on the House

Possibly the simplest way to set up for a live recording is to piggyback on the live sound setup. There’ll already be mics in place on stage, and most live rigs make it fairly easy to split those signals off and send them to a recording rig. But it’s an approach that can turn out to be far less than ideal. 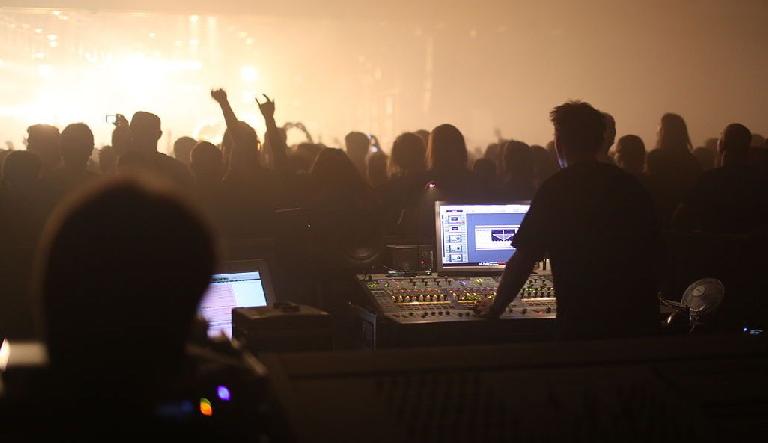 For a simple stereo recording, it can be tempting to just hijack the board mix, but, while this can sometimes be usable, more often than not this mix will be unsuitable for recording, especially in smaller clubs. The house mix is often designed to augment the live sound from the stage, and may not be complete on its own—louder instruments/amps/drums/overheads/etc., are likely to be barely present in this mix, since they have more than enough level acoustically in the room (again, especially in smaller clubs and venues). Even if the house mix is designed to stand on its own, there may still be EQ and other processing choices that may work for a noisy room, but don’t translate well in the more controlled playback environments where the recording will eventually be heard.

With a live multitrack recording, you may be able to successfully use the individual mic signals from the stage mics feeding the house mix, but there are still many potential gotchas. Not every instrument may be miked up (as above), and the mic models and positions in use may provide sound quality that’s fine for live sound but lacking in the detail and clarity needed for a recording. Depending on the point where the mic signals can be split off from the live feed, you may be stuck with processed signals, and, if the live engineer needs to make adjustments during the show, these may make their way into the recorded tracks, which is a real pain to deal with later on.

Ideally, you’d set up your own independent complement of mics for the recording, though that may not always be possible or practical on a small stage. You could tap off some of the live sound mics—the ones deemed appropriate for recording—being careful to pull their signals prior to any processing or mixing being done on the main console, and then augment them with a few mics of your own. Though there may be a little bit of politics involved, you might be able to get the live sound engineer to swap out some of the house mics for your more recording-friendly models (like a Neumann KMS 105 for an SM58, for example), as long as there’s enough time to sound-check both the changes to the house mix and the recording feed.  But whatever the situation, you’ll want to take advantage of whatever degree of independence you can maintain for the recording rig—the closer you can get to your preferred setup, the better shot you’ll have at a clean, studio-quality recording.

I qualified this suggestion because there are, of course, plenty of mics you’d use in the studio that would be perfectly happy on stage—drum mics, amp mics, etc. Even many of the standard studio pencil (small diaphragm) condensers used for instrument miking can be perfectly at home in a live setup, as long as you keep their stands away from the more heavily trafficked areas of the stage. I’m thinking more of those big-$$$ vocal condensers that would be the standard for vocals and solo instruments in a typical studio session. While not as delicate as many people may imagine, these mics will still not take well to a fall, and their greater sensitivity (sound-wise)—the quality that makes them so desirable in the studio—may be prone to picking up too much noise and undesirable sound in the more chaotic live environment. 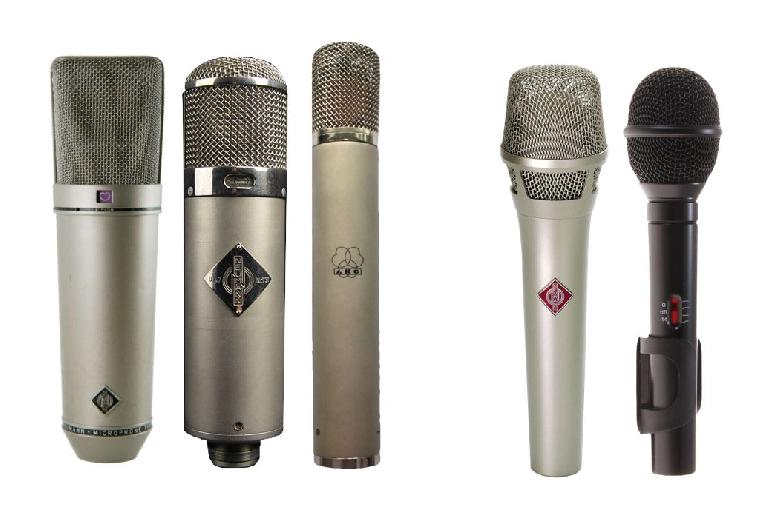 Fig 2 (L) Some (vintage) studio mics that would not be a wise choice for live recording on stage; (R) a couple of more suitable stage condensers

While these studio mics could be pressed into service in some, more controlled live environments—maybe an audiophile jazz recording, or a more sedate acoustic ensemble—for more typical stages a better alternative might be some of the high-quality live condensers available. These are typically offered by the same companies that make the most popular studio condensers, and will provide similar-enough sound, but their design will make them far more suitable for live use. I did many live recordings with my trusty AKG 535, and the current live condenser of choice seems to be the Neumann KMS 105, especially when studio-quality vocals are called for in a live recording scenario.

3. Don’t be Afraid to Get Close(r than Usual)

In the studio, engineers know that many instruments are best captured with the mics at a bit of a distance—typically a foot or two—from the sound source. This placement usually provides a more well-balanced tonality, some air, and freedom from proximity artifacts. But live, distance usually equals leakage, so you should be prepared to get in a little closer than you might prefer to in a more controlled, baffled-off studio environment. Sometimes, a good solution may be to employ those clip-on miniature condenser mics that are designed to unobtrusively attach to various instruments. 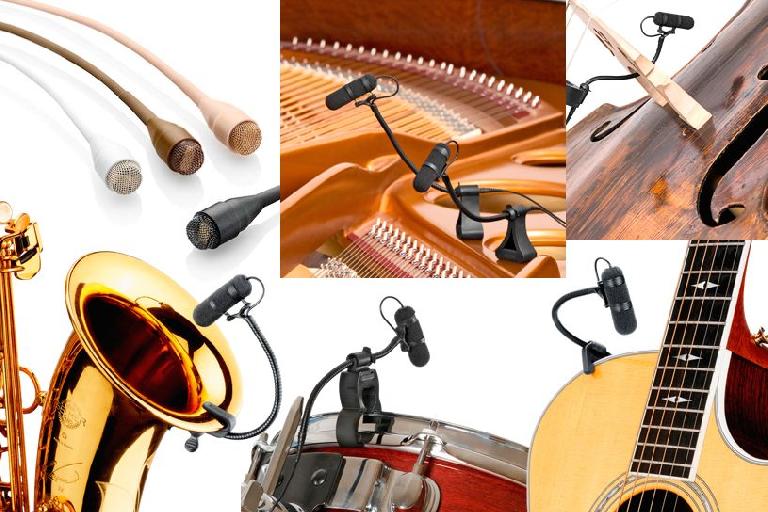 Not only will they follow the players’ movements, minimizing potential tonal shifts, but they’re also usually voiced to minimize excessive proximity and other artifacts of their intended close positioning. They may not provide exactly the same sound as a more distant studio condenser, but they will usually sound better than a traditional studio mic pulled in too close. Mini-condensers would be a good choice especially for potential problem miking situations, like acoustic piano or upright bass, and they bring the added bonus of their very low visual impact (they should be barely noticeable from the audience), which can be a consideration on some stages, especially if there’s also video involved.

Some instruments may provide the live recordist with the temptation to take them directly, as a D.I., off an onboard piezo/contact pickup, bypassing all miking/leakage issues, and making life much simpler, at least for those few tracks (most commonly acoustic guitars and upright bass). But, for the best recorded sound, no matter how good the pickup system, it’s usually a bad idea to rely solely on that signal. Onboard acoustic guitar pickups almost always lack the rich, full body resonance that even less-than-ideal miking will provide (I’m hedging my language because there are some top-modern pickup systems that incorporate electronics to provide that missing body, but the chances of a particular player having one of those systems onboard is, at this point in time, pretty slim). Acoustic (upright) bass pickups are very common, but, on their own, they tend to have a somewhat edgy, overly midrangy character.

However, while you shouldn’t rely solely on a pickup/D.I. signal, that doesn’t mean you should reject it out of hand. While the pickup may not have the depth and air you want on its own, in combination with even a less-than-ideal mic signal, it can add some welcome attack, clarity, and detail. For these instruments, very often the best recorded quality will be the combination of the crisp leakage-free pickup and the possibly noisier but fuller, more open mic signal—the pickup’s contribution will let the level of the mic signal (and any problem noise/leakage) be reduced to the point where it’s covered up in the mix, while still providing enough air to compensate for the pickup’s lack. 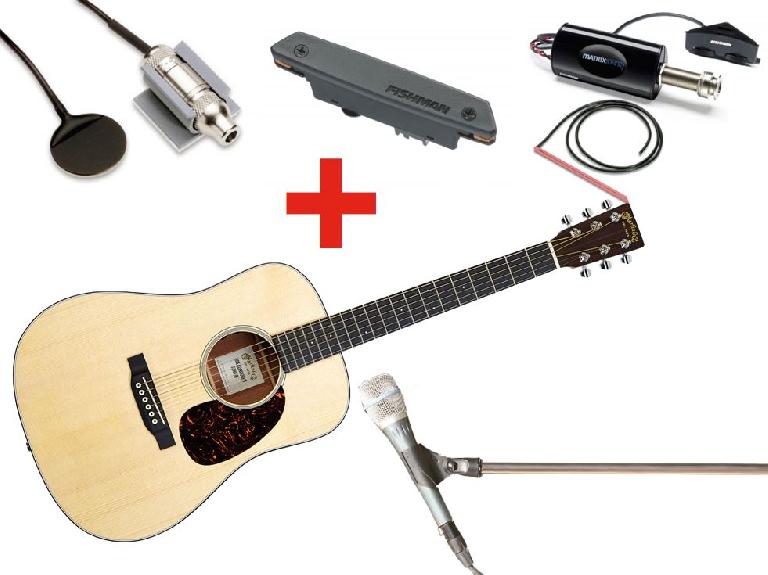 5. Don’t Work Without a Net

I’ve mostly been focusing on capturing the sound source, but I want to wrap up by mentioning the importance of at least trying to maintain some degree of backup for any live recording venture. The actual recording rig itself—computer, DAW, hard drives—should be augmented with as much of a backup as budget and practicality allow.

For big tours, any recording rig is likely to be running alongside a complete mirror system, so if a power problem or computer/disk failure strikes the main system, the secondary system will pick up the slack. Naturally, this level of redundancy is probably not possible for smaller live recording rigs, especially ones operating on a more limited budget. A friend who does multitrack live sound often runs a standalone (hardware) CD recorder during the show that either captures a mix of the mics (pulled from the DAW interface’s internal DSP mixer), or, at the very least, the board mix from the live console. While this may not be a real substitute for the multitrack feed, at least that portion of the performance hasn’t been lost completely, and might be able to be used in a pinch, especially in the case of a very brief/momentary glitch in the main rig. With club gigs, if there are two (or even three) sets, the second set can be viewed as a potential backup—in fact, on at least one occasion, I was able to use bit of a song from the sound check (which I’d always record) to repair a brief glitch during the (single) performance. 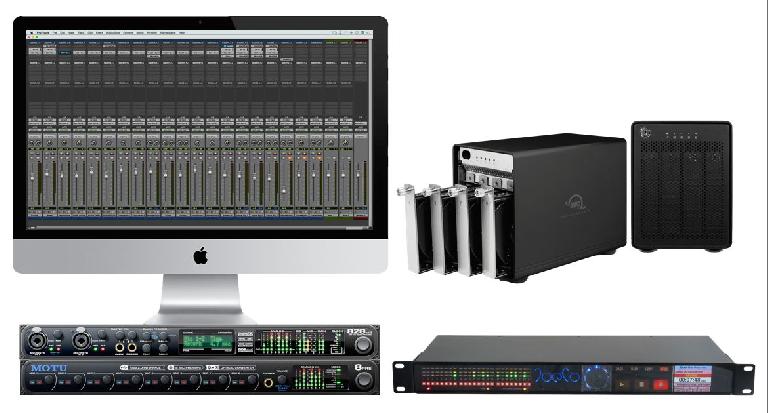 On the more nuts & bolts side of things, naturally you’ll want to have a spare hard drive or two, just in case, and a RAID array could provide some redundancy. In one live recording, we were utilizing two 8-channel interfaces linked together for 16-track recording, and when one died mid-show, with a little quick re-patching we were able to finish the recording 8-track (fortunately, it was a small ensemble, and the second set provided the backup performance for the song that was lost to the technical failure). And don’t forget the little things, especially the items you might not always need, but, in some situations, won’t be able to do without, like extra cables (mic, computer, lightpipe, etc.), mic splitters, (closed-ear) headphones, etc. And, of course, don’t forget to clear off the appropriate disk space (which is not just enough for the recording, but ideally should be a clean, empty drive or partition).

Of course, Murphy’s Law still holds—there’s always something that can go wrong that you’re not prepared for, or just can’t do anything about, no matter how thorough your prep. But that’s the fun of live recording—at least, with good prep, some backup, and a little attention to those things that you know could trip you up, you’ll stand a much better chance of recordings going down without a hitch.