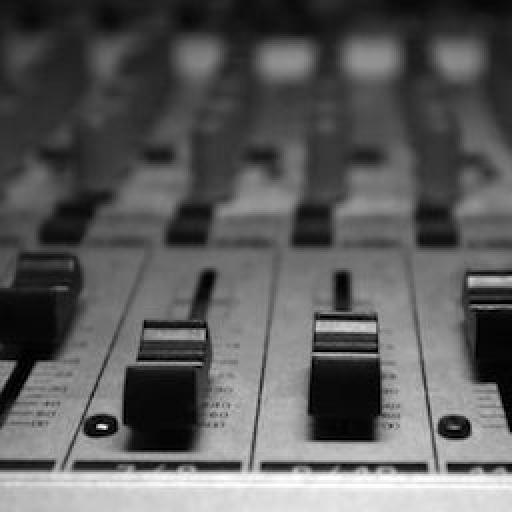 5 Good Habits for the Studio Musician

Language
So, you run a music studio, either at home or commercially - either way it pays to follow good advice. G. W. Childs shares 5 good habits to keep you and your studio in good shape.
We all have a habits that we've developed over time in the studio. Some of these habits have come about through the school of hard knocks, some of these have occurred in moments of inspiration, some have come about through obvious necessity/common sense. The types of habits I'm referring to are the smaller, '˜no-brainer' types of wisdom that have come about like '˜keeping your mouth shut during a mix session', or '˜no groupies allowed'... The latter generally being the impetus of the first rule.
In general, we all have these types of rules in one form, or another. Recently, when at a friends studio, he rattled some of his off, in a moment of frustration at someone else. I thought to myself, '˜Wouldn't it be nice to rattle off some of mine?'
I'd like to share these because I really have had to learn most of these the hard way, and would love to keep you from having to experience the some of the reasons these were implemented in my own studio. So, take what you need!

If you talk to any of the bandmates I've had in the last several years, they'll inform you that I've had some bad luck with hard drives... Well, back when hard drives were less than reliable. I once lost an entire album's worth of data... And, the backups. Thanks Iomega (a media company, that you may remember)
One lesson that I learned from losing an entire album is to keep the attitude that it can always be remade better. Seriously, when moments like that occur, a lot of people flip out and don't do anything. Don't fall down this dark road. Get back up on the computer and start programming again. You'll often find that you can remember more than you think, and that you avoid some of the things annoying you in the original production.

To avoid ever having to face Rule 1, keep a lot of back up hard drives around with multiple backups. And, if you're really nervous, you can still backup to DVDs. Seriously, if you've spent a year on an album, isn't it worth the extra safety?
Also, services like Google Drive are a great place to keep smaller backups. Granted, the upload times can be a little slow, but that's what sleep's for, right?

This may sound like a throw away rule, but you'd be surprised how often it's ignored. Drink spillage has been the death of numerous expensive pieces of equipment. Even last night, I was performing on stage and noticed my friend had set his beer down on top of his rack, next to his Macbook Pro. I ran over like Superman and snatched it up, saying, 'Do you really want to leave your beer there?'
He responded with, 'Thank you for reminding me...!'
Friends don't let friends give alcohol to their Macs... Macs are no good drunk.

Rule 4 - Learn How to Disagree... Tactfully

Studios have been the setting for many explosive arguments over how loud the hi-hat is, direction of the song, band names, and more. Arguments occur when two people have conflicting ideas, questionable physical condition due to lack of sleep, poor health, and an inability to empathize and see the other person's point of view.
The best cure for an argument is to simply say, 'Let me think about it...' Then, take a break. If need be, say, 'Let me sleep on it.' This tells the challenging party that you care about their viewpoint, and really do take their counsel under advisement.
And, often times, passion dissipates over time. They may not care tomorrow. In fact, they may even forget.

This should be the banner above every console in any studio out there. Seriously! Why do you work with music, movies, video games, and so on, for a living, hobby, or supplemental income? Well, originally, you enjoyed it! And, enjoyment equals?
Fun!
If you can keep the attitude of fun and experimentation within your studio environment, others will follow suit. If you run a studio like a business... Well, people will act like they are in a business. This includes:
Most likely, you've had a '˜real job' before entering into the entertainment business. And, if you're still in the '˜real job' then remember this when you finally do break out of the corporate world... And, don't recreate it in your own image.
If you run a studio, hire an accountant, or a secretary to handle financial transactions. If that's not possible, make a rule that the fun starts when the money is in the Paypal account. It's that simple.