Working with guitar amp simulation plug-ins has its pros and cons. One of the big pros is that you can dial up just about any amp, cabinet and mic combination you want. One of the big cons is that many of the amps don't have good sounding reverb, if they even have it at all. Below, we'll look at five useful reverb and delay plug-ins that help give that guitar 'amp' extra life.

When an amp plug-in has no reverb at all, I first turn to Altiverb. An impulse response reverb, it features a selection of real reverbs such as my favorite Super Reverb Amp, Magnatone 480 and a variety of other nice springs and plates.

By placing a touch of that on your amp (either using an aux send/bus combination or direct), it sounds like your guitar is going through something tasty. Remember that if you place the reverb directly on the amp simulator channel, you'll need to adjust the wet/dry blend accordingly.

On the plug-in itself, you can use the EQ to make the sound darker or brighter, but this inherent nature of Fender reverbs is quite bright to begin with, so be careful. Also, you can decrease the Reverb Time and Size to keep it shorter. Either way, you can make it very wet like a surf guitar or just put a touch on for a more classic sound. 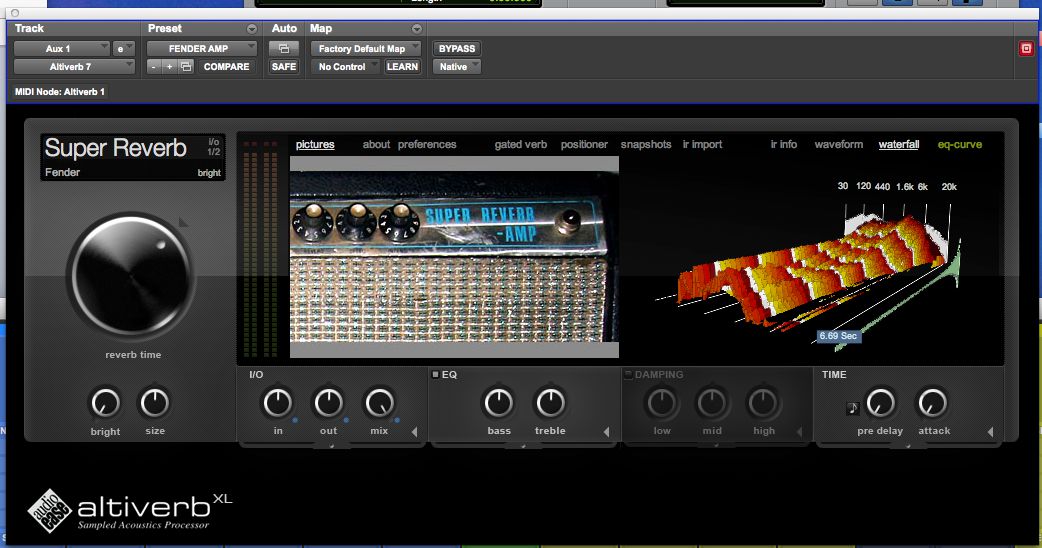 Another useful technique is to put some room sound on an amp. While there are many great plug-ins out there for this, I often call up the Sonnox Oxford Reverb.

The objective of a room sound is to give the guitar sound some depth and space. I start with any of the Room presets, and tweak from there. Typically, you'll want a very short reverb time (around 50-100 ms) so the sound remains present.

One of the reasons I like the Oxford Reverb is the built-in Equalizer section, which lets me 'tune' the sound of the room to fit the amp. Typically, I will cut some of the highs or bright frequencies to warm it up. With certain guitars I will boost some low EQ frequencies to really warm things up. If you're not using a room reverb with a built-in EQ, you can use a separate EQ plug and get the same type of effect. 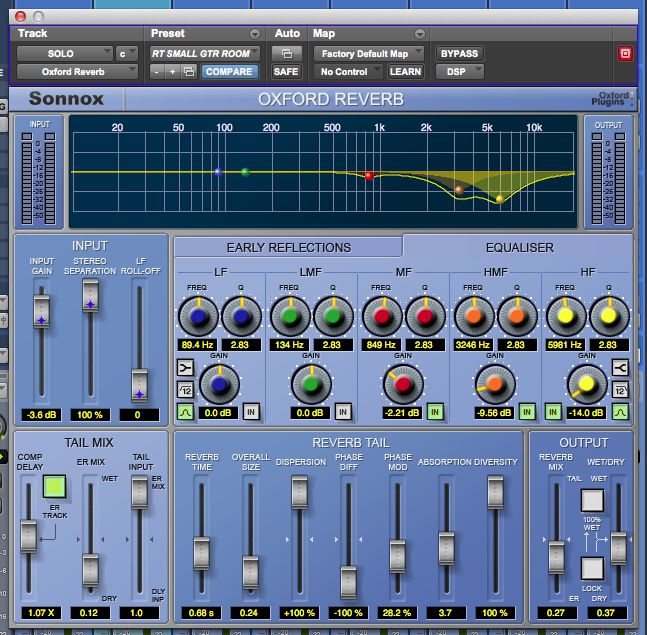 Many of you have Pro Tools with the stock Avid D-Verb included. This reverb can do a decent job at simulating a room as well, but there's a few settings to adjust to get a better sound. First, call up a setting such as Room 1 and turn the Decay setting down low (102 ms is the lowest for that). Turn up a bit of Pre-Delay (around 30 ms) and most importantly, cut the HF Cut (High Filter Cut). This will warm up the sound in a way similar to using an EQ in the example above. D-Verb is good in a pinch and can get the job done. 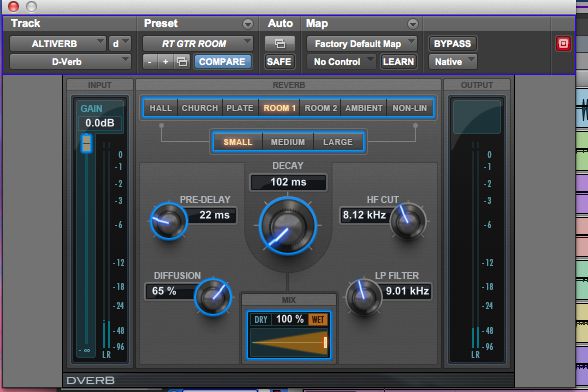 A take on the classic Echoplex, this plug-in is great to add a touch of echo to an amp sound. I'll drag the Echo delay to its shortest setting (80 ms) and keep the Repeats very low. Typically, I'll also turn down the treble as to make it warmer, and turn up the bass a bit. Sometimes I'll turn the Echo Pan to one side or the other, depending on where I have the amp plug-in panned.

The objective here with a short echo is to create a sense of space but without too much delay (hence keeping the Repeats and Echo Delay time down). You can experiment with the Echo times but remember that the longer the time, the bigger the echo and often, more noticeable it is. Start with it at the shortest setting and move up from there as you mix the track. 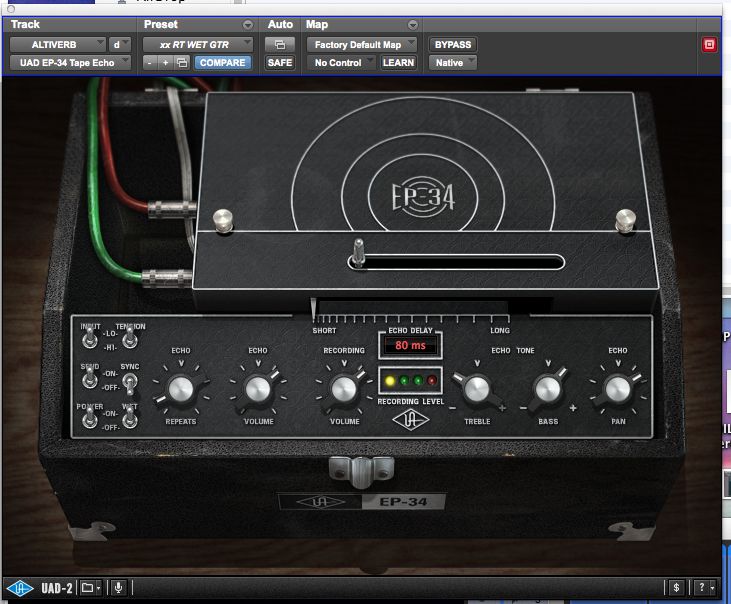 SoundToys EchoBoy is often the go-to plug-in for top-notch delays and echos. But there's some useful room sounds in there as well. I have a preset called Tight Guitar Room where I've shortened up the Echo Time below 100 ms and increased the High Cut to almost max (again, warming up the overall tone of the echo). I'll turn the Feedback down as low as it can go and experiment with the Style Edit. By selecting that button, you can tweak EQ settings, Diffusion, Size, Wobble, Mid Res (resonance) and more. Again, we're just going for a short room/decay sound.

The above plug-ins are all just examples of ones I happen to use quite a bit. There are many more available that can get the job done and give your guitar amp simulator some depth, space and great reverb tone.