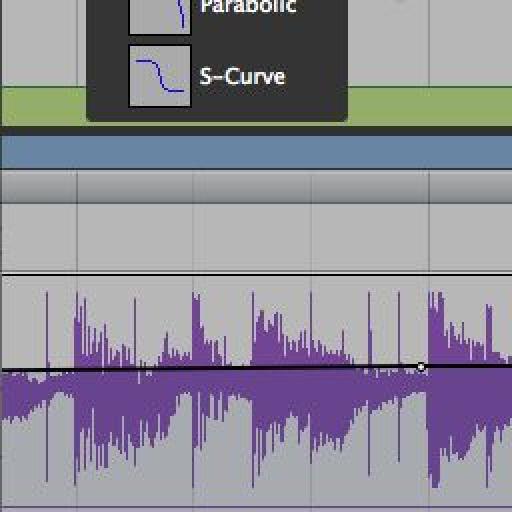 Language
Pro Tools has got amazing advanced automation features you may never have come across. Rishabh Rajan shares 5 of his favourite in this article. 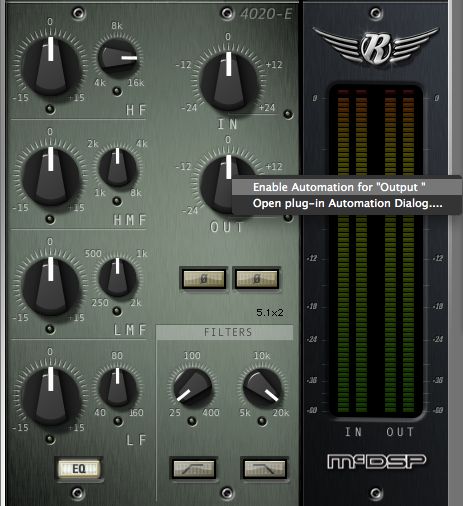 If you want to enable automation for all parameters of the chosen plugin, Control-Option-Command-Click on the Plugin Automation enable button.

Once a plugin control is enabled for automation you can make its automation lane show up on the track by Control-Command-Clicking on the control. 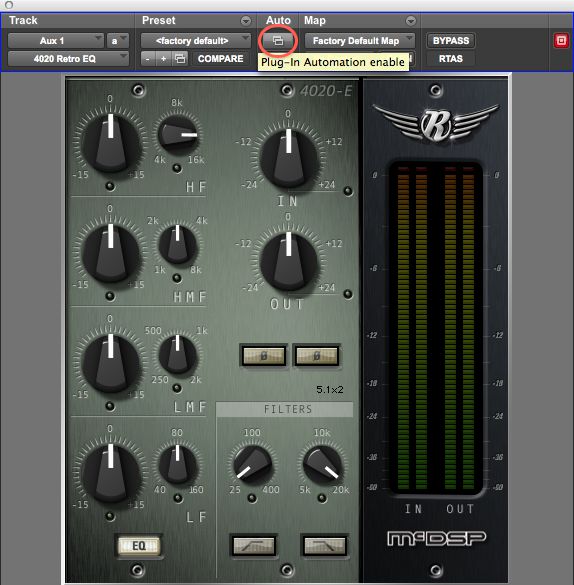 Enable automation for all parameters of the plugin.

Sometimes you may want to have a sound pan either side of the stereo image rhythmically or have the volume turn ON and OFF like a rhythmic gated sound. This can be done quite easily with the Pencil tool in Pro Tools. By default, the Pencil tool is set to Free Hand but if you click and hold on it, you will see that this tool has the ability to draw straight lines, triangles, squares and even random steps (the Parabolic & S-Curve will not work on automation). Choose any of these Pencil tool variations, click and drag on an automation lane and you will see the specifically shaped automation data. The shape will automatically sync to the grid lines. Change the grid value to have the automation data written in a different rhythmic  subdivision. 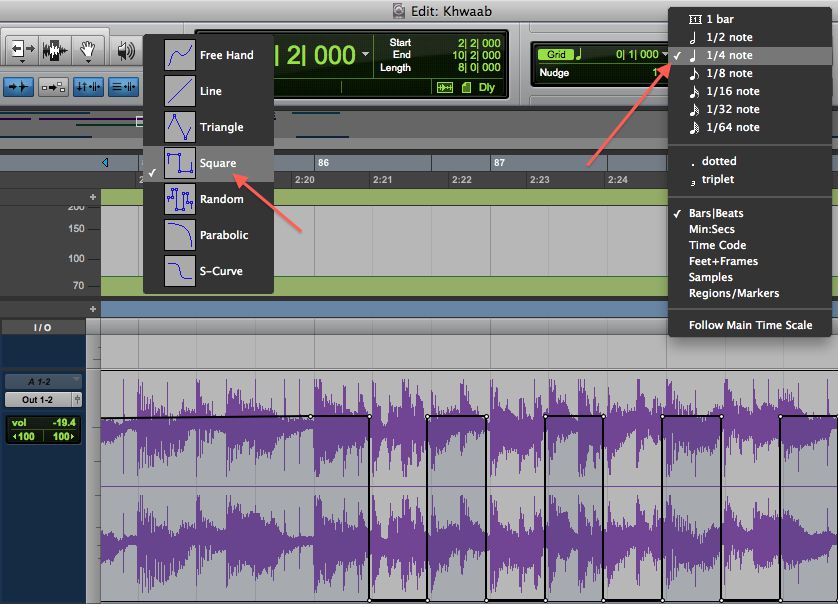 This can be really helpful when say you want to copy the Pan Left automation data to the Pan Right automation lane of the same stereo track. 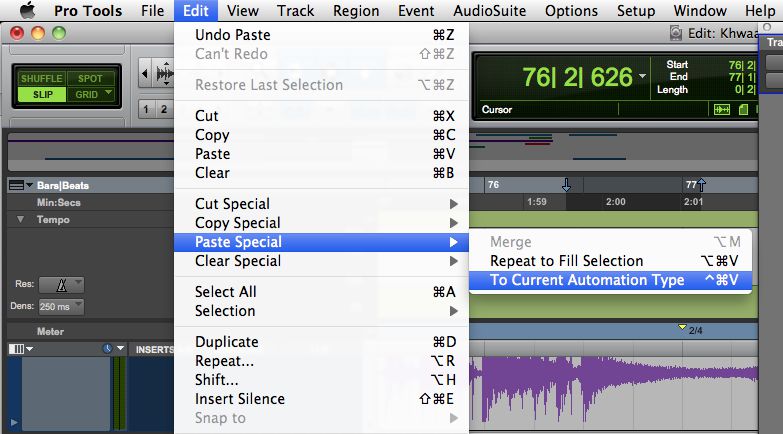 Go to Preferences > Mixing and under the Automation section enable 'Allow Latch Prime in Stop'.

This feature only works in the Latch mode, so set a track to Latch mode, now while the playhead is stopped, move a control. You will see the Automation Mode selector's background turn red. This indicates that Pro Tools will start recording the control at the value set as soon as you hit Play. 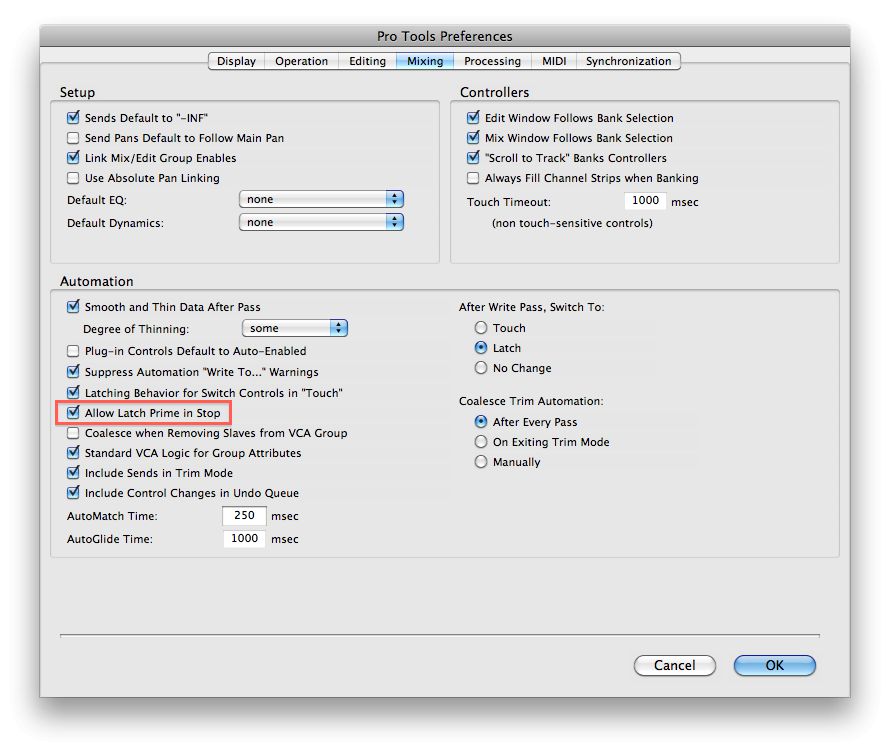 When it Latch mode you probably already know that once you have written in automation data and let go of the parameter, Pro Tools still keeps writing in automation at the last value until the playhead is stopped. In Touch mode the control goes back to its previous state as soon as you let go of the control. This can be enabled on a track by track basis by just Command-Clicking on the Automation Mode selector for the track.

You will notice that the track stays in Latch mode but glides back to the existing automation data on the track just as if the track were in Touch mode. If there were any other tracks in Latch mode, they will still behave the usual way unless you Command-Click on its Automation Mode selector.

There's a lot of flexibility when it comes to automation in Pro Tools and this is just scratching the surface.