Language
There are few definitive solutions when mixing EDM. Though there's no 'magic sound good button,' the 5 tips below should help toward perfecting the sound of your mixes. Open a mix you're working on...

Tip 1 - Side Chain Gating not Just For Kick and Bass

Side chain compression on your bass using the kick remains a highly used mixing trick. It not only adds groove to the bass, but makes the kick sound punchier since the bass is knocked out of its space when the two play together. Don't stop there though'¦ use it on anything that needs to be the focus of attention. Lead sound getting buried by another sound? Place a compressor on the competing sound and side-chain in the lead. When the lead is playing, the offending sound will be lowered bringing the attention back to where it matters. Use an available bus/send on the source track and turn up the send knob to taste. Make sure to choose 'No Output' on the chosen bus's track or you'll be doubling up on the source. You can now choose that bus from the compressor's side chain menu. 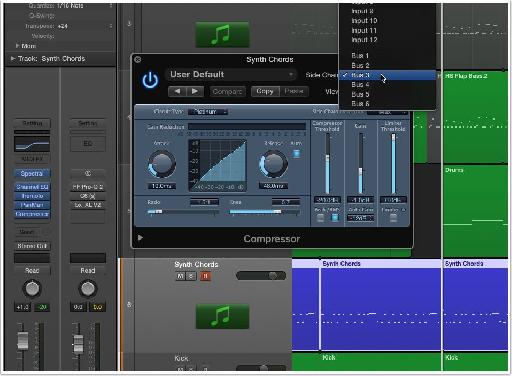 Using a compressor on your kick gives you the power to make it punchier, less punchier, and to shape the tail end to fit the timing and groove of your song. For a punchier kick, using Logic's Compressor plug-in, push the attack up above 50 ms. To take the punch away, set it to a fast attack setting of 5 ms and under. Try a Ratio around 2:1, and adjust the threshold so you can visually see the Gain meter moving in time to the track. Now adjust the release. The release controls how quickly the volume reduction recovers after a sound drops below the threshold. Depending on the release setting, you can create nice sounding grooves as the volume swings back to where it was originally. If it's hard for you to make a good judgment with your ears, then watch the extremely useful Gain Reduction meter as you adjust the release. Often, if it looks like it's grooving nicely it's probably sounding that way too! 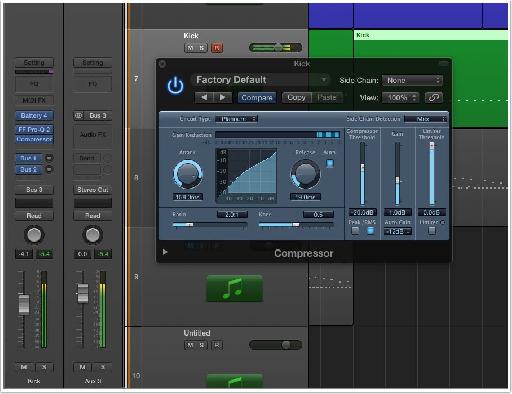 Tip 3 - Use Distortion to Add Tube Warmth to Your Bass

When most people think of distortion they think of a gritty dirty sound. Using distortion in a more subtle way however can add vibe and analog warmth to your bass sounds. When used on a bus/send you can use the send knob to extend the depth without effecting the original sound. Use an available bus and add the Overdrive effect to its auxiliary track. Try a setting close to the one in the image below, then slowly add as much extension as you need by turning up the send knob. 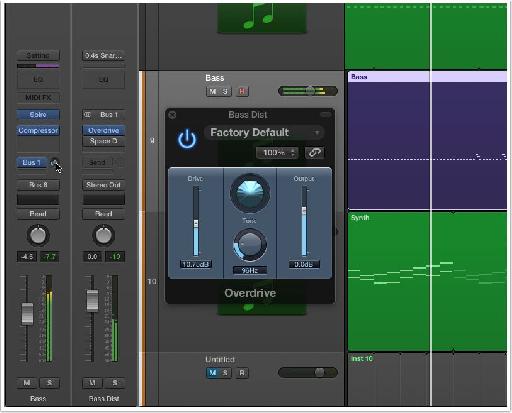 When more than one deep sound occupies much of the same frequency space, they fight each other. Use an EQ to Push away the low from one or the other sound. Using Logic's channel EQ, you can easily see what space a sound is occupying by enabling the Analyzer button at the bottom. First click the Analyzer button to turn it on, now click the small triangle (at the bottom of the window) to open the extended parameters. Change the resolution to the highest setting and pull the decay down far to the left. You should be able to clearly see what frequencies a sound is primarily sitting in by watching the visualization. Do this on both sounds you're attempting to blend, then simply invert the frequency on one or the other. 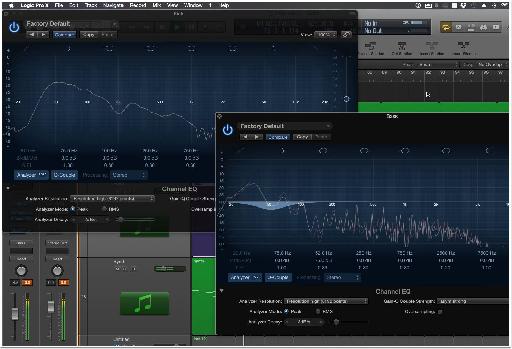 Placing a limiter on a sound is like lowering a ceiling on it so it never gets too wild and crazy. You're literally 'limiting' it so it can never go over a chosen volume level. When you use the gain increase within the limiter, it blows up the lower levels so they're as loud as the higher ones, and simply chops off any signal over the set output level. The effect is a seemingly louder sound because it's louder overall. Place Logic's Limiter plugin as the last effect in the chain on the sound's channel strip. Set the Output level to around -3 or -4 dB, then jack up the gain. Shy no more! 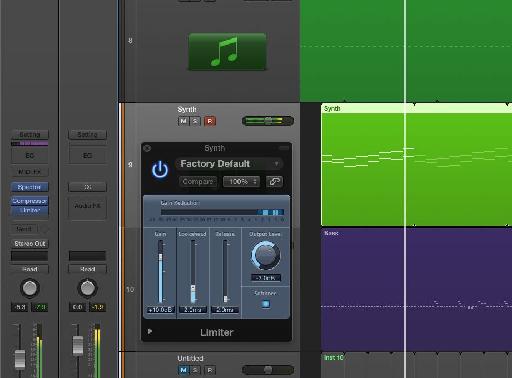 Hope these tips were helpful. Thanks for reading!

milan guitaristl
Thanks for nice and useful information