Language
If you want to custom build your own controller, DIY style, where should you start? Liam Lacey explores 5 budget platforms that will take your MIDI controller idea from zero to hero.

MIDI controllers are essential tools for most digital and electronic musicians. There are a huge number of controllers available now, with each controller offering differences in price, interface controls, form factor, and MIDI capabilities. However what if you're struggling to find your perfect controller, or you can't quite afford the one you want? Well you could consider making your own!

There are many platforms available for musicians, artists, and designers to build their own electronic devices without needing to delve too deep into electronics and code, and without breaking the bank either. These platforms usual comprise of a hardware development board that, at their simplest, contain the following features:

As well as the hardware, theses platforms usually include a software element for programming the microcontroller and providing the hardware and its connected components with a particular function. These platforms can be thought of as the 'brain' within a DIY controller, and in this article we're going to briefly explore 5 of the best and easiest platforms to use within your MIDI projects.

There are two types of platforms I'll be talking about here; ones that are specifically designed to be used for building DIY MIDI controllers, and ones that are general-purpose electronic hobbyist platforms for building almost anything. Specifically-designed platforms are great if you want a really easy solution to simply allow buttons and dials to send some type of MIDI message, however general-purpose platforms are a lot more configurable, and you're not limited to the MIDI capabilities of the editor software that the first type usually come with. It is worth mentioning that I'll only be covering 'brain' devices here; to complete your MIDI controller you will also need off-the-shelf components (e.g. buttons, rotary dials, LEDs) for providing control and feedback to your controller, and possibly an enclosure or project box too. However, all of these items are available from any good hobbyist electronics store.

The 'brain' solution that is best for you depends on a number of criteria (which I will highlight for each of the five platforms below): 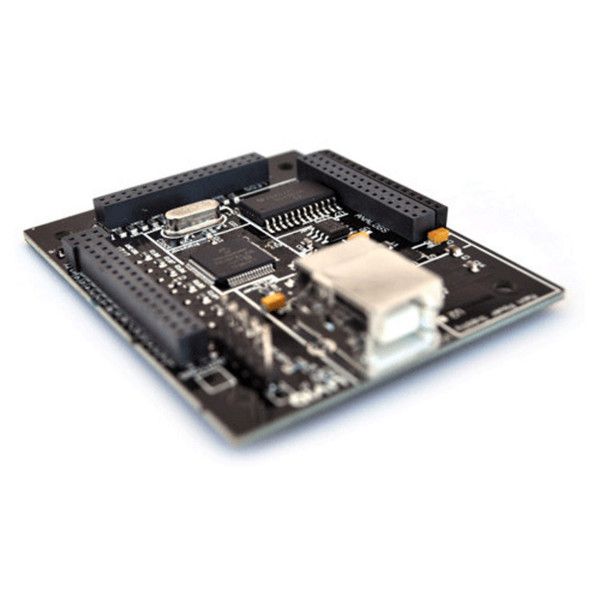 Livid Instruments, the company behind the popular Base II and Alias 8 MIDI controllers, also develop a range of devices and parts specifically for users to assemble their own controllers. For $49 you can buy their Brain Jr. device that allows you to connect up to 16 digital inputs, 16 analog inputs, and 16 digital outputs to a board that connects to your computer via class-compliant USB-MIDI. Or for $189 you can get the Jr's bigger brother, the Brain V2. This device offers 128 digital inputs, 64 analog inputs, and 192 digit outputs, as well as the addition of 5-pin MIDI I/O connectors. You can then configure the settings of both of these boards using their own software editor, individually mapping each input/output to MIDI notes, CCs, or pitch-bend messages though drop-down menus, without needing to write any code!

Livid also supply a range of general sensors and components to connect to the boards, as well as a set of specific expansion boards and shields for making it easy to connect these components. A small amount of circuit-building knowledge is needed, but Livid has an extensive wiki that documents everything you need to know to get started.

If you're not interested in doing any software coding or getting too involved with electronics, this would be a good platform for you to use. Check out the Livid Builder DIY page for more info.

Doepfer Musikelektronic, best known for their analog modular synthesizers, also do a range of DIY products for building MIDI controllers. They currently have a total of six products for building various MIDI devices, however I'm only going to focus on their two most flexible devices here—the mid-range Pocket Electronic device available for $82, and their top-end USB64 device that's available for $160.

The Pocket Electronic has 16 analog/digital inputs, and can send not-so-common MIDI messages such as RPNs and NRPNs, all on different MIDI channels if desired. The USB64 has 64 analog/digital inputs, and is the only Doepfer device that includes USB-MIDI connectivity instead of just 5-pin MIDI. The key feature of these devices is that they are configurable through hardware switches and/or connectors, which is great if you don't want to use software with your DIY controller. Most of the MIDI settings are changeable through presets, which is useful for instant configuration switching; the Pocket Electronic has a Windows-only software editor for making custom presets, however the rest of Doepfer's devices don't allow highly customized MIDI configurations.

Neither of these devices have any digital outputs like the Livid products do, however the Pocket Electronic is your affordable option if you require 5-pin MIDI connectivity instead of USB-MIDI, with the USB64 being a cheaper alternative to the Brain V2 if you don't require as many inputs/outputs. See the Doepfer Musikelectronic website for more information. 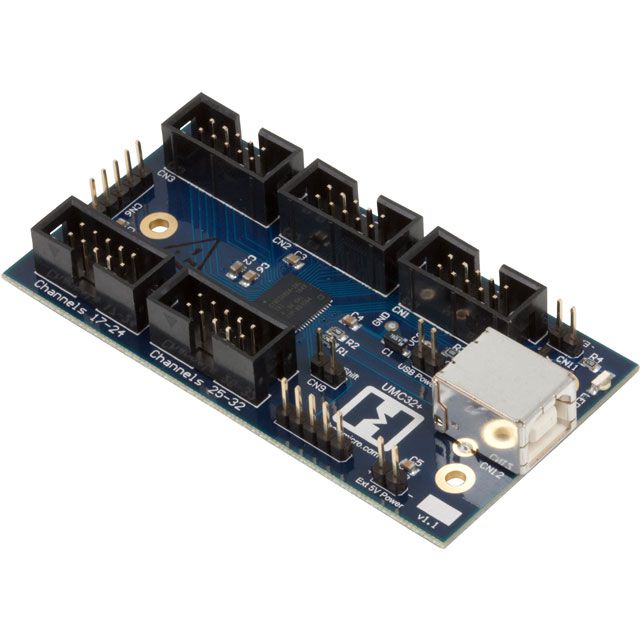 Like the Livid and Doepfer platforms, the Hale Micro UMC32+M is another development board designed specifically for creating DIY MIDI controllers, with little or no electronics of coding experience needed. The $90 board provides 32 inputs/outputs for connecting both digital and analog components (with the option for linking two boards together to double this number), as well as class compliant USB-MIDI connectivity. Much like Livid's platform, it comes with its own software editor (though Windows-compatible only) that allows you to assign individual MIDI messages to each input/output via drop-down menus, without needing to write any code.

But why would you consider the UMC32+M over the Livid Brain Jr., (which is cheaper and contains a greater number of inputs/outputs)? The Hale Micro allows each input/output to have its own MIDI channel, and it can be configured to send polyphonic pressure/aftertouch messages—two aspects that may be very important for the functionality of your DIY MIDI Controller.

See the Hale Micro website for more info on the UMC32+M. 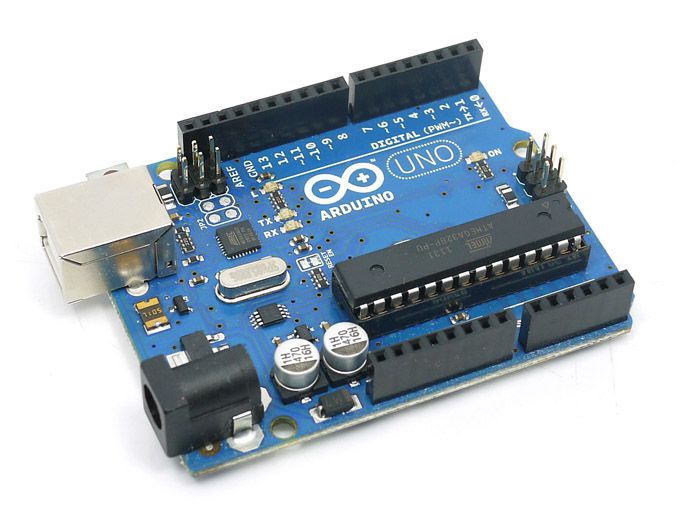 Arduino is probably the most popular hardware/software platform for hobbyists to create their own interactive projects and devices. The platform comprises of a range of different microcontroller boards, as well as a dedicated software application and programming language. Unlike the above three platforms, Arduino is more general-purpose—it can be used to build essentially anything, from handheld games consoles to robots. Therefore, building a MIDI controller using Arduino requires more work and knowledge in circuit building and writing code compared to the MIDI-specific platforms. However, both the hardware and software environments are extremely beginner-friendly, exceptionally well documented, offer much larger configuration options (for example, Arduino can send any type of MIDI message), and leave open a lot more options for further development (Arduino can be used to build synthesizers and effect units too).

One area that the Arduino falls short on is USB-MIDI; none of the Arduino boards communicate via USB-MIDI out of the box, however there is a project called HIDUINO that provides tools and documentation for easily 'hacking' particular Arduino boards for communicating via USB-MIDI, else many free software applications exist that can convert Arduino data to MIDI messages too.

The most popular Arduino board, the mid-range Arduino UNO (which can be hacked using HIDUINO), costs only $25 and offers 14 digital inputs/outputs, 6 analog inputs, and USB connectivity. There are many other Arduino boards available that offer a different range of inputs/outputs and connectivity options based on the price, though using a general-purpose board also means that you can easily extend the number and types of inputs and outputs using external components. Check out the Arduino website for more info on the Arduino platform. 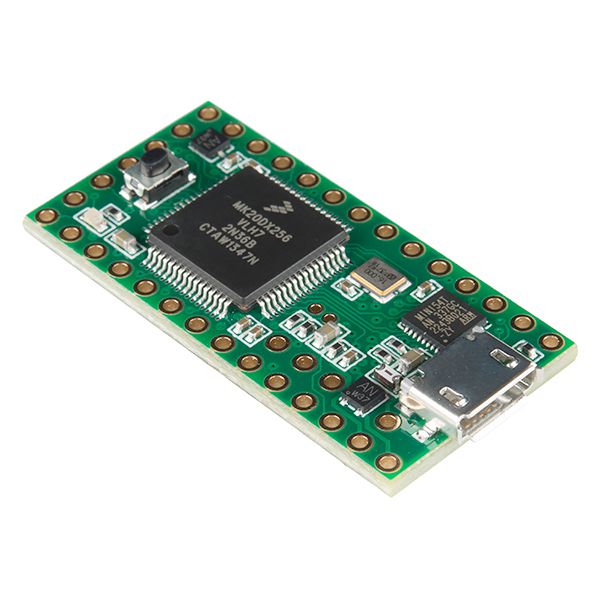 Teensy is a development platform very similar to Arduino; so similar that its software environment is just an add-on to the Arduino software. Just like Arduino, it is a hobbyist's electronics platform for easily creating a range of electronic devices, however at $20 for a Teensy 3.1 board, compared to an Arduino board of the same price, Teensy is a faster and more powerful device, offering 34 digital inputs/outputs (with 21 of those being convertible to analog inputs), and USB connectivity, on a board half the size of an Arduino UNO.

The main thing that makes Teensy a more appealing device over Arduino for creating a MIDI controller is its out of the box USB-MIDI support, making MIDI controllers a popular theme among the Teensy project list. Bear in mind that the community and support around Teensy isn't as large as that of Arduino, and it isn't designed for the complete beginner like Arduino is, so it would take longer to get a Teensy-based project up and running if you're new to hardware/software development. However if you're not a beginner, and are looking for a more affordable, powerful and configurable device compared to Arduino, Teensy may be the platform for you.

See the PJRC website for more info about the Teensy platform.

charnjit
Hello sir , I want to ask you. There is a action in my music software , which is done by my usb mouse scroll wheel (up & down) while mouse pointer is at particular position in my software window. There is not any keyboard shortcut in software for this action .Can I do this action from teensy board digital input without interfere in usb mouse or while mouse is using for corntrol other function at same time.
Liam Lacey
Hey charnjit,
A Teensy board can be configured to act as a USB mouse (instead of a USB-MIDI controller), where you can enable the board to send mouse messages, including scroll wheel messages. See
https://www.pjrc.com/teensy/td_mouse.html for more info on this.