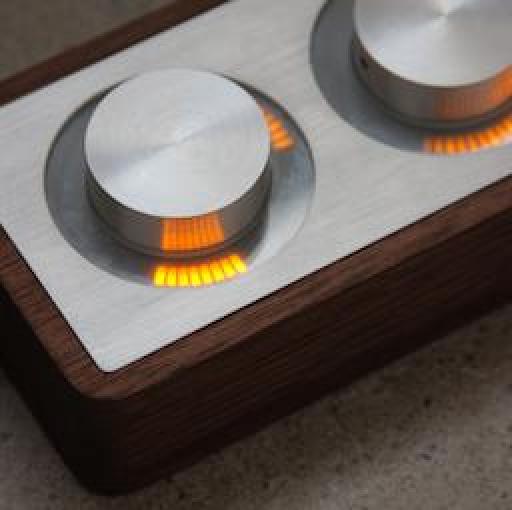 Language
Unless you've been away from any human contact (including email and web access) for the past couple of weeks you'll likely have heard about NAMM!Â  NAMM, the National Association of Music Merchants, i

Unless you've been away from any human contact (including email and web access) for the past couple of weeks you'll likely have heard about NAMM!  NAMM, the National Association of Music Merchants, is the big trade show for music products in North America. This year there were a multitude of product announcements from many of our favorite Audio-based companies.

Some announcements are common knowledge, so I've picked some popular ones as well as others you may not have heard of. Of course the team from macProVideo were at NAMM and want to personally thank all of you who popped by the booth. Oh, did I forget to mention macProVideo won the NAMM 2011 "Best Tools For Schools" Award? Well there you go, I mentioned it now.

Back to my personal favorite top 5 product announcements from NAMM 2011...

Universal Audio's products are well-respected and much loved by their large Pro user base. However, for those computer musicians who are using PCs or Macs without a PCI slot UA's supreme plug-ins have simply not been an option. 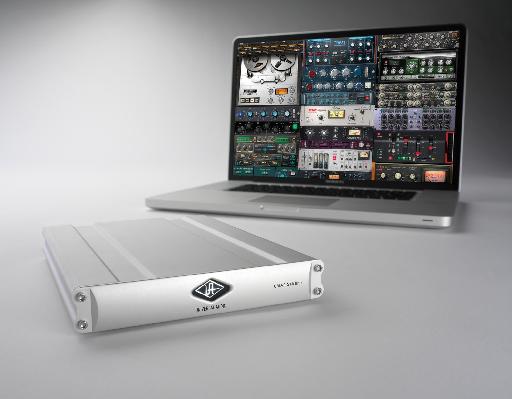 That is until the introduction of the UAD-2 Satellite Firewire models! No longer do you need a PCI slot/ExpressCard, but as the product name suggests, a Firewire port will allow you to connect one of these sexy DSP acceleration boxes and run some sweet plug-ins. The benefit? The Satellite Duo/Quad will run the plugins in the box and take the pressure off your Mac or PC's CPU. Everyone I've met who uses UA products sings (or speaks) their praises! 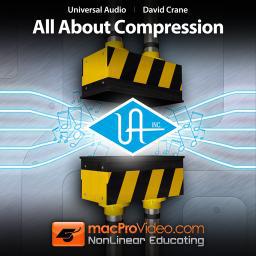 There's a demand out there for MIDI Controllers to be less expensive and smaller. And where there is the demand, Korg steps up to supply it! A couple of years back they announced the original nanoSeries and delivered what many laptop musicians had been hoping for: 3 tiny, keyboard/mixer/drum pad USB controllers, no wider than their laptops.

The nanSERIES 2 refines the original concept and maintains 3 distinct models:

The nanoKEY2, has 25 velocity sensing keys:

The nanoPAD2 is ideal for beat and rhythmic programming and live performance. It now has 16 pads and an X-Y pad!

Last up is the nanoKONTROL2. This is designed to be a convenient way to control your DAW without reaching for the mouse. It features 8 Faders each with solo, mute and record buttons and Pan/Balance controls, full Transport controls and Marker setting buttons.

Each model comes in a choice of white or black color and the price tags are anticipated to be as slim as the controllers themselves! Find out more here.

Cubase needs no introduction. It's been one of the most popular DAWs for PC and Mac musicians for many years, and when a major DAWs update is released it's new features are put under the microscope. 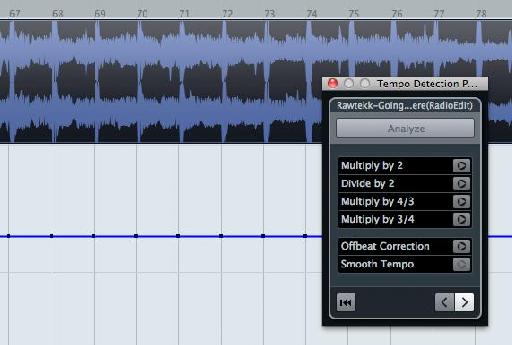 Granted I don't have a copy to test out and put through it's paces, so instead here are a selection of some of Cubase 6's new features: 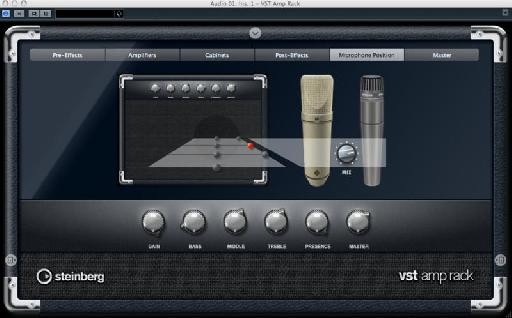 This plugin from BT and iZotope has been a long time in the works and it was worth the wait! For anyone interested in creating glitch, stutter, shimmer and jaw-dropping fill effects in Ableton Live, Logic, Cubase, etc, this could be the plugin for you. This could be the plugin that defines the glitch genre for years to come, much like the impact Ableton Live has had on the DJ scene.

Stutter Edit acts as an effect for both live and studio use and allows the user to create all manner of glitch effects in real-time with the simple press of a key on your MIDI controller. What impressed me is the versatility and ease at which this can be used as a performance tool. You can remix your existing tracks live and really play, mould and sculpt them as if you were playing an instrument. Is it legal to have this much fun with a plugin? You decide! There's a 10 day trial you can download, so give it a spin and see if you enjoy it!

And now for something really different... 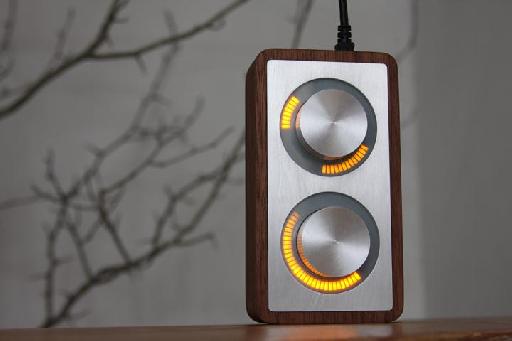 From the people responsible for the Monome grid controller, designed for electronic musicians as an alternative way to control their software, the Arc is beautiful, minimal and yes... it appears to be just 2 optical rotary encoders. So what's the big deal? Now, I'm not yet certain what the Arc is exactly designed to do. But anytime the revolutionary "monome" is mentioned in conversation I pay attention.

The Arc features "ultra-high resolution" encoders, "high-density variable-brightness led rings" and the knob acts as a push button too. It will act as a controller rather than an instrument and perhaps will be more useful as a secondary controller.

It's expected to be released in February 2011. Prices and shipping and details will inevitably follow on the Monome website here. In the meantime, to give you a taste of why the Monome is considered a genre defining device for digital musicians, here's a link to a video showing the Monome in action.

Was there any other product announcement at NAMM 2011 you found notable and comment-worthy? Let us know in the comments below!

Victor Mason
WOW! I was there and missed the Micro pads! EXCELLENT BLOGGING. Very useful and informative. Rounick, your one of our industries best bloggers. Martin and I both said the same word to describe you:
AMAZING!!
excellent choices, very useful and there are always a few diamonds in the ruff that don't pop out when your walking that show but leave it to a great blogger to bring those diamonds to your attention.

Lots of lower priced microphones on the floor this year and their prices had nothing to do with their quality, many were fantastic. Very encouraging for the home based recording enthusiast or professional for that matter. CAD has a capacitor mic I saw that lists for $599. It sounded like $1999. AEA wasn't a budget driven buyers dream but they had a superb super cardiod large ribbon mic that blew my mind and was as flat as many large diaphragm condenser mics. A good rule of thumb for anyone looking into microphones is less electronics is a good thing when it comes to microphones. Ribbon and Capacitor mics were showing real promise as high quality and good sounding alternatives to the popular large diaphragm condenser mics but all versions still have a seat at the table in my book.
NATIVE, the theme of the show in my opinion. Since Avid released pro tools native, it seemed inevitable, the future was in full swing moving all sorts of things into the native realm rather then TDM. Lynx Studios was showing their superb American Made (not off shore) converters. Lower priced with all the needed break-out cables then a majority of their competitors for anyone looking such products. Very impressive people as much as products. Strong signals from them the future is native and the converters are ready and able to run any host platform with no special protocol. The Avid booth also seemed to have shown a shift in that direction.

What's funny is Logic with 64 bit operations is so well rooted in the native arena that it appeared as if the industry was playing catch-up!

Rounik
Wow! Thanks Victor. Very kind of you!

I might well be in the market for a microphone or two this year, so your info on CAD, AEA and mics in general is excellent!

I agree, re: native systems. Logic has always been headed in the right direction IMHO...

:)
Lori Rae
I missed most of those products -- so thanks for the head's up Rounik.
I did check out the CAD mic and agree totally with Victor; at 1st listen it's an awesome piece of equipment.

One other product I found interesting: the "Appomator"-- make your own custom Apps. It appears very user friendly but pro.
I'll be looking into that.

Another NAMM discovery:
MacProVideo!
I just discovered this site via NAMM and I hope to be talking a few classes in Mastering to start....

Thanks for the insight Rounik.
Keep up the great work!
Rounik
Hi Lori & thanks!

The tuts here on the blog and the full video tutorials on Mastering at macProVideo are excellent. Are you a Logic user?

Oh, appOmator... really unique product and extremely fun to use! All you need is an idea and some content and you've basically got an iPhone and iPad app!

Thanks again,
Rounik
Tim Fitzsimmons
Kemper Profiling Amplifier
This unit has the options and control that will change
Guitar simulation from here on out.
I can't wait to get my hands on this unit !