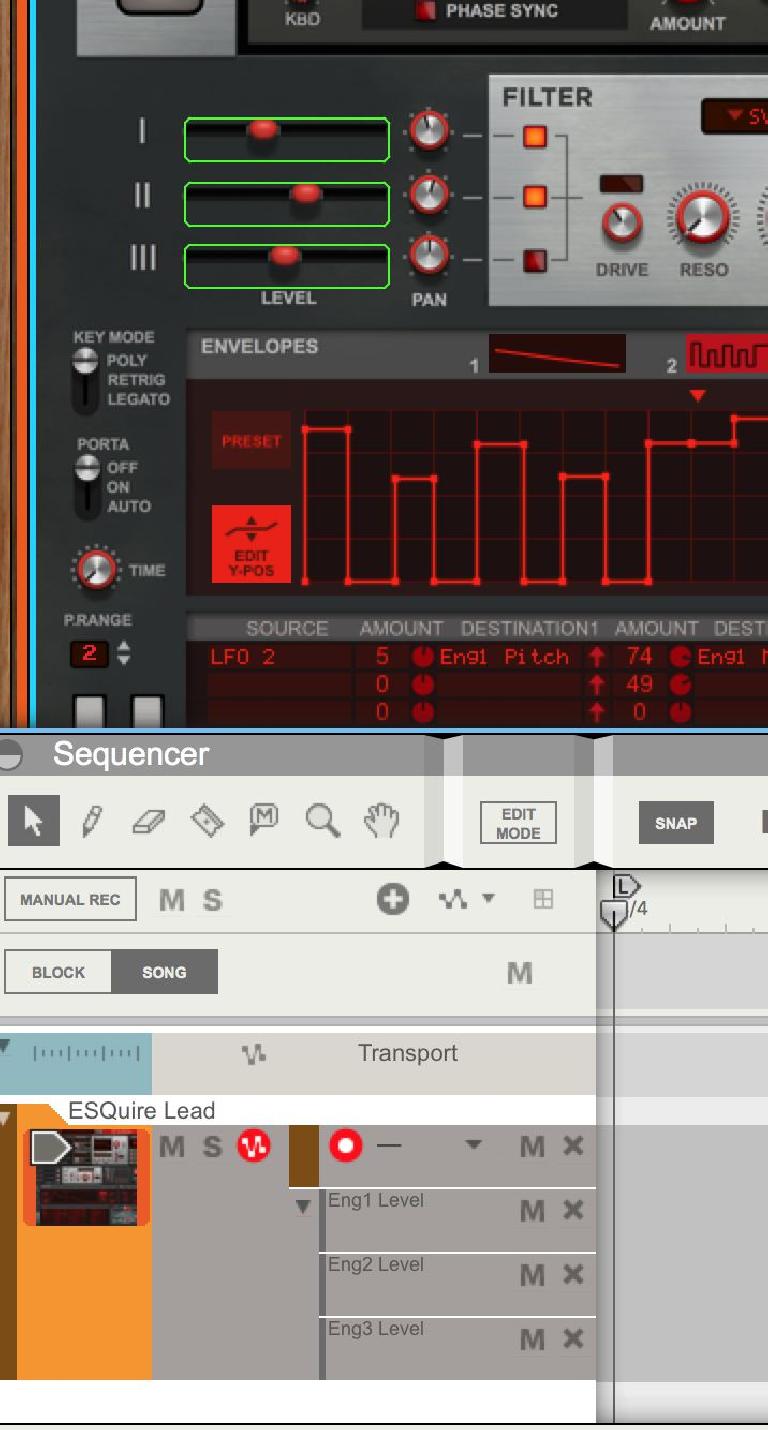 You may be used to automating mixer faders in a project but remember that you can automate virtually anything inside Reason and that includes the parameters on Europa. Either move the Engine level controls with automation write enabled, or right click on any of them and choose Edit Automation, which will cause an automation channel to appear in the sequencer for the sliders. By varying the relative levels of the three engines - or two if you’re only using two - you can create a much more dynamic sound that changes over time, the different engines ebbing and flowing for a really interesting result. 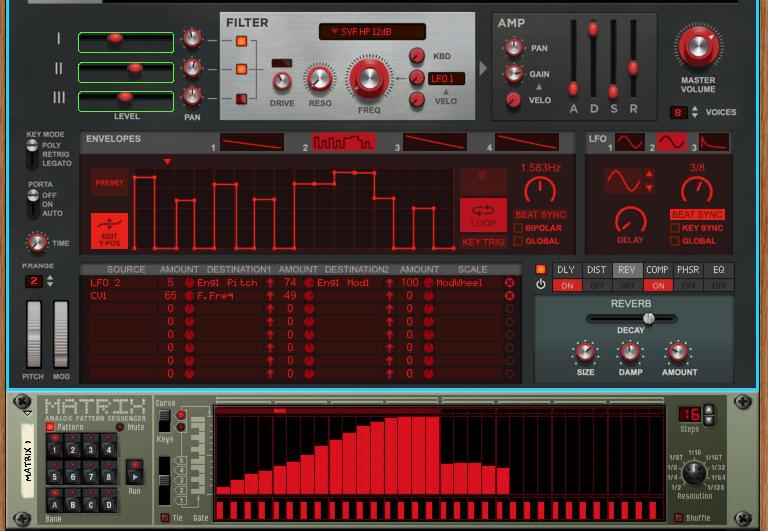 One of Reason’s oldest modules is still one of its most interesting and useful. Connect an instance of the Matrix Pattern Sequencer to Europa and its Note and Gate CV inputs will be automatically routed. Manually connect the Matrix’s Curve CV to Europa - say CV Input 1 - and enter some curve data. Then in Europa’s modulation matrix, connect CV Input 1 to the parameter of your choice and enter a value. In this example it is connected to the filter frequency, creating an automatic filter sweep that resets itself every time the Matrix restarts its cycle. 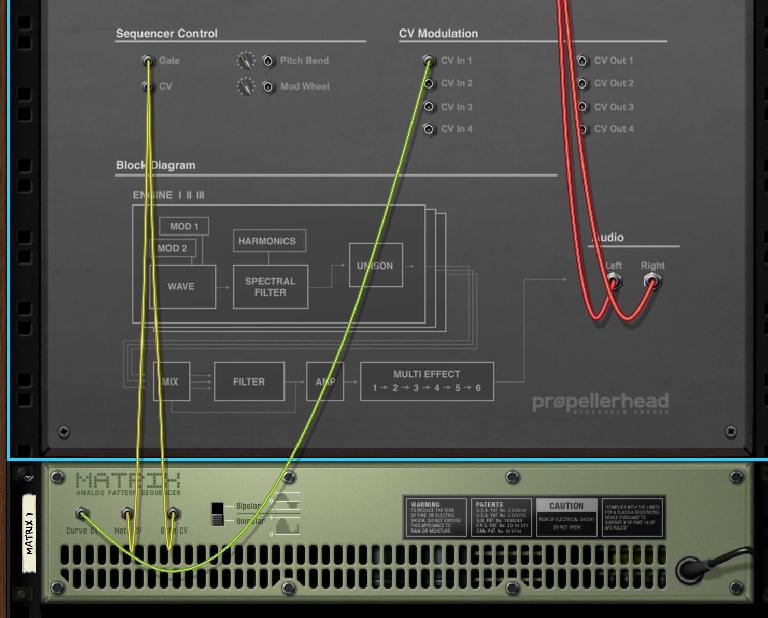 3. Get Granular With Unison Mode 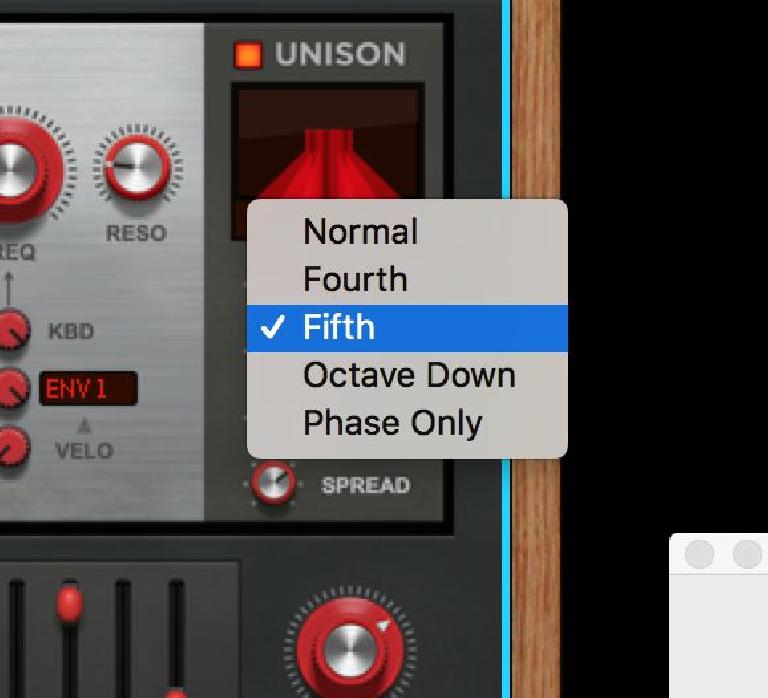 You can instantly fatten up any patch by switching on the Unison section at the top right of Europa’s interface. As well as using the knobs to control depth and number of voices, you can click on the tiny arrow by the graphic display and choose from a range of preset detune amounts for the unison voices - normal, fourth, fifth, octave down or phase, each of which detunes differently. This is a good way to add depth and interest especially to lead parts without having to create two separate MIDI tracks to achieve the same result.

4. Drag The Mouse To A Mod Destination

Europa has many potential modulation destinations which you usually have to find by clicking on a slot in the mod matrix then going through a long list of submenus to find it. A quicker method is to simply mouse over one of the tiny arrows on a slot and then click, hold and drag over the target parameter. As you do so, the target field will update to show the name of the parameter you are hovering over. Release the mouse to assign the slot to that parameter. Much quicker than using menus.

You can easily create that classic synth effect where a sound wobbles and fluctuates very slightly, simulating the imperfection of old analog synths, or of the tape on which they used to be recorded. In the mod matrix, take an LFO and assign it to the pitch of one of the engines. Use a low LFO send amount to create a subtle fluctuating effect, or a higher number for a more extreme wobble. In this example, LFO one is being sent to Engine 2 pitch with an amount of just 5, which creates a classic vintage synth feel.

Learn more about Reason and the Europa synth with pro video courses in the Ask.Audio Academy: https://ask.audio/academy?nleloc=category/audio/application/reason