Language
A good drum mix can make the difference between a good track and successful track. In this tutorial, Joe Albano shares four timeless tips to help you achieve a better drums and percussion mix.

In most modern music mixes, the drums are one of the two most important parts (along with the lead vocals), and getting them just right can be key to a successful mix. But there are plenty of ways to slip up when it comes to drum (and percussion) parts, so it’s worth spending a few paragraphs talking about them. Here are four things to look out for when mixing the drums.

I always like to start with the most obvious potential mistake, and in this case that would probably be to mix the drums at an inappropriate level. Of course, that goes without saying—the real issue is just how prominent should drum and percussion parts be? And the other aspect of this is what’s the best balance between the individual drum (and percussion) pieces? Let’s start there.

If your drums consist of a stereo track with the full kit, then there’s not much you can do to affect the balance between the kit pieces directly, other than to EQ the overall kit to emphasize one of the other—lows can pump up the kick, a mid boost (1-3k) can pull up the snare, etc. But most mixes probably have multitrack drums, offering individual level control over each component of the kit, allowing the mixer to decide just how much kick he/she wants, vs. snare, hi-hats, and other elements. There are two ways to approach the issue of getting the best balance between the kit pieces: find the blend that provides the most natural balance between drum kit components; and come up with a balance that may emphasize certain elements, appropriate to the musical genre. Ultimately, you’ll probably factor in both considerations. By way of (an obvious) example, in EDM, the kick might be pushed much harder in the mix than in a light pop or jazz tune—the musical role of the kick in that genre is more fundamental to establishing the groove, while in pop/jazz styles, it might often be secondary to the timekeeping function of the hats and cymbals.

When it comes to the overall balance of the entire drum kit against the rest of the arrangement, well, again, that’s also typically genre-specific, and even artist-specific. For a lot of pop songs, where the vocal part is the primary focus, and the singer is the draw, the drums are often pulled back into the mix a bit, so they won’t step on the subtle nuances of the singer’s performance. But in many rock songs, or songs that feature a band—especially one with a well-known drummer—the drums will likely be much more prominent, often loud enough to challenge the vocal for dominance, level-wise. In fact, mixing the drums loud enough to make the listener have to focus a little harder on the voice, to hear it clearly above them, is an old trick mixers sometimes use to make the backing track sound more aggressive. 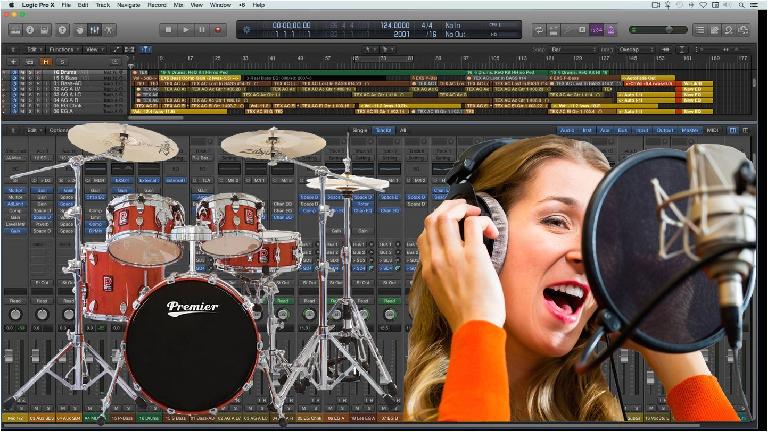 Fig 1 The relative level of the drums vs the lead vocal may vary in different musical genres.

Likewise, whether percussion parts should be emphasized or buried in the track is not a general rule, but usually a song-specific, arrangement-specific determination. A conga part that helps to define the groove might be mixed in fairly up-front, but a tambourine that comes in during a vamp out, to add a little extra motion, would probably be better off tucked into the mix, so it does its thing without calling undue attention to itself.

One of the first things many mixers do is to throw some compression on the drums. This is pretty normal—compression has helped to define the “sound” of drums in all kinds of modern music. But it also can be overdone, especially if applied indiscriminately, or in a way that’s inappropriate to the musical genre of the song.

A good example of this is that big, booming, in-your-face drum sound you hear on many tunes. This is often achieved by applying aggressive compression, with a high Ratio (8:1/10:1) and fast Attack & Release, which emphasizes the boom of the drums, also bringing out any ambience in the drum tracks themselves. Compressors like the Urei 1176 (hardware & software clones) are famous for this sound, and it’s used on countless recordings. But, as cool as that can be, it really wouldn’t serve the drum part or the song very well if that tune was an R&B arrangement, with a tight, funky groove. In that case, compression might still be helpful, but with different settings, for a completely different drum sound. Slower Attack & Release, and gentler a gentler squeeze (4:1) could be used to emphasize the attacks of the drums hits, and shorten the ring, for a tight drum sound that would be far more suitable for that particular genre. And some recordings may be best when the compression, if used at all, is applied even more gently, so it’s virtually unnoticeable—more traditional jazz recordings would benefit from that approach. 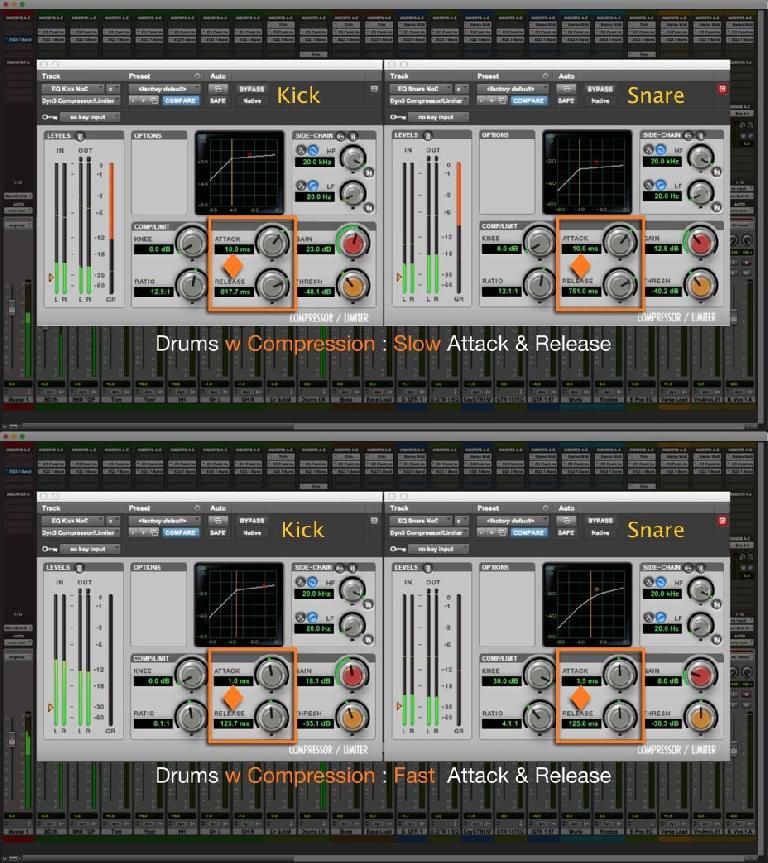 While it can be tempting to throw a compressor on the drum track and call up a preset like “Pumpin’ Drums” or “Big Bang”, it’s much more important to carefully tune the compression to achieve a drum sound that will not only sit well in the mix in regards to level, but also provide an overall quality that will enhance the vibe and arrangement, and best serve the musical style of the tune.

Besides compression, the other go-to processor for drums is, of course, EQ. Anyone who gets out to small clubs a lot, where the drums are un-miked and un-amplified, knows just how different the sound of drums in a typical mix can be, compared with the natural, acoustic sound of drums in a room. Live, the drums are usually much more midrangy—punchy, but nowhere near as deep and crisp as recorded drum sounds in a modern mix. Part of the reason for pumping up the drum sounds in mixing—with both EQ and compression—is to compensate for the lack of sheer volume and live impact. Naturally, some musical genres—trad jazz, folk, americana—may feature more naturalistic drum sounds, but, by far, most pop/rock/R&B/EDM offers up enhanced drum sounds, and EQ is a big part of that.

In fact, much of the advice doled out to novice mixers involves cautioning them not to apply too much effect—go easy on the compression, don’t dial up too much EQ. Mixers are frequently counseled to keep EQ boosts & cuts to only around 2–3 dB to at most 5–6 dB, especially with acoustic sounds and voices, where over-EQing can impart a “plastic”, “canned” sound, robbing the recordings of their natural smoothness (tonally speaking). But drums are one of the few (acoustic) instrument types (electric guitars are another) where, not only can you get away with more aggressive EQ (10–12 dB or more), but it can really help. Drums can usually accept much larger tonal variations from EQ, without taking on an unnatural, or overly plastic tonal quality (of course you still can overdo it, but you typically will have a lot more leeway before you get to that point). One reason for this is that with pitched instruments, strong, fixed EQ boosts/cuts may unnaturally impact notes in different registers, but most drums, and many percussion instruments, have a fixed pitch, so if you find the right frequency, even large dollops of EQ will provide a more consistent tonality. 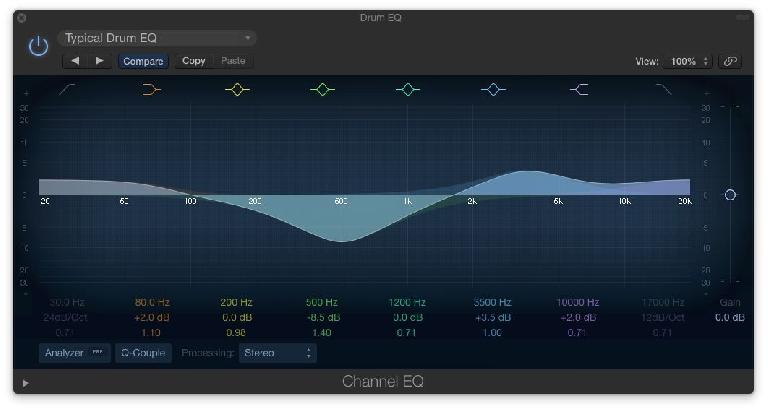 Fig 3 Typical drum EQ: drums may benefit from more aggressive EQ more than many other instruments

Another reason drums may take to EQ more readily is that they tend to be more closely miked-up than many other instruments. A mic a foot or two out is typical for many instruments, but close mics on (individual) drums can be only an inch or two away from the source. The resulting sound is already a bit unnatural, compared to the sound listeners would hear at more normal vantage points in the room, so that extra EQ can be helpful in dialing up a drum tone that is both more natural and hyped (in a good way!), at the same time. For example, a close-miked snare track, with a top-mic only, may lack the bright buzz & rattle of the snares below, and suffer from an over-emphasized midrange resonance, including a nasty ring, from the close-in mic position. A strong boost somewhere around 3-10k might help restore the buzz of the snares; alternatively, a broad midrange cut could have the effect of simulating a mic pulled back to a greater distance, picking up both the top & bottom of the drum (including the snares) more evenly, and suggesting the more even tonal balance you’d get from that distance, negating the excessive resonant peak and ring you’d hear only if—like the actual mic position used—you were an inch or two from the drum.

4. Don’t Be Afraid to Double Up

Obviously, EQ and compression are the mainstays when it comes to shaping drum sounds, but another technique mixers often employ to enhance the sound of drum recordings is to double individual drums, layering additional samples or noise along with a weak or lackluster kick or snare, to add a little beef or snap to a sound that may not be cutting it, even with EQ and compression added.

For example, if a kick is lacking in thump, and there’s just not enough low end in the audio to be brought out by EQ, mixers sometimes blend in a low-frequency (60–100 Hz) Sine Wave tone with the kick. A Sine Wave generator is instantiated on a second track, with a Noise Gate inserted. The Gate is set to be controlled, via its Sidechain, by the original kick track, so the Gate opens only when the actual kick plays, mixing the Sine Wave in. The Sine Wave, gating in & out along with the kick, can provide the extra low-end oomph that the original sound was lacking. Likewise, a snare drum recording that didn’t capture enough of the snares themselves, and sounds much too dull and thumpy, may not benefit enough from high-frequency EQ. But gating in a little White Noise, as above, can add an effective simulation of the missing snare rattle, and help create a crisper backbeat that can more easily cut through the rest of the mix.

Alternatively, a different-sounding kick or snare drum sample could be layered in, or even set to replace the original sound. Most DAWs have a way to convert an individual audio drum track to MIDI, which could then be used to trigger the layered sound(s), and there are dedicated drum replacement plug-ins that could also be employed for this.

So, there are a lot of things to consider, when working toward the best drum sound for a mix—hopefully, these few suggestions will at least have provided some food for thought, when it comes time to tweak and process your drum & percussion tracks.