4 Mistakes to Avoid for Vocal Production

Language
In this article Joe Albano explores the potential pitfalls producers should be aware of when recording and producing vocals. Essential reading to help your vocals sounds as good as possible.
Prev 2/4 Next
1Don’t Let Key Work Against Si... 2Don’t be Afraid to Push the V... 3Establish, Then Embellish 4Don’t Peak Too Soon

Most experienced producers/arrangers usually don’t have to be reminded to make sure that the vocal part falls comfortably within the singer’s range—and yet it’s still common to hear recordings that do suffer from this problem. Sometimes it’s obvious, but more often than not it’s a more subtle flaw. There are a number of situations where this may happen, especially with less-experienced producers or self-producing songwriters.

One common scenario is a song that was originally meant to be sung by a particular singer, but for whatever reason, a different performer is brought in instead. Often this may happen after a lot of the arrangement is already recorded, and the new singer is slotted in, assuming that, as long as there isn’t a gender switch, the range should be fine. And it often is, but there may be a few notes at the extreme end of the singer’s range that aren’t as comfortable for the replacement vocalist, and that singer may not want to risk losing the gig by complaining, so the part goes down as is. 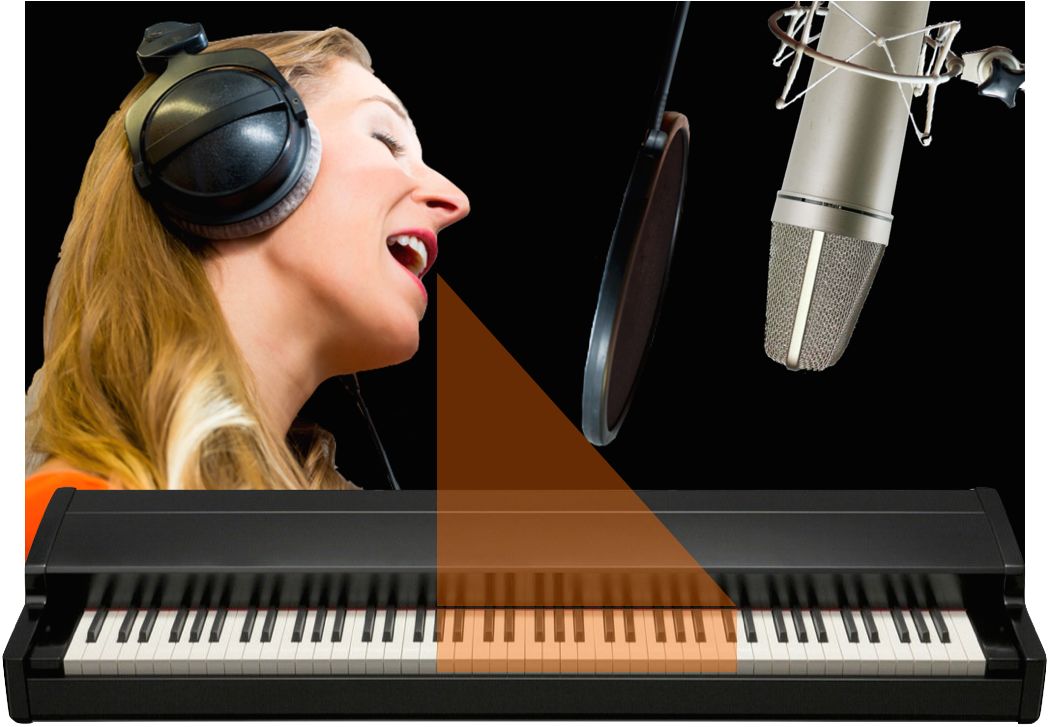 When the problem is notes at the top of the range, it’s more likely to be obvious, or at least noticeable enough, to result in a key change. But I’ve often heard recordings where the issue is the lower part of the range—typically verses—with the singer sounding weak or less expressive than they should on a few important low pitches. This can detract from the emotional impact of the vocal performance, without being obvious—it just ends up being a weaker track than it should have been.

And of course, I’ve seen more obvious issues—a replacement singer of a different gender is brought in, or a singer with a different range (alto instead of soprano, for example), or one who lacks a necessary technique (like the ability to handle a smooth, comfortable falsetto). Even when problems are evident, sometimes the producer/songwriter doesn’t want to change the song’s key for any number of reasons, musical or technical. They may not know how to use the DAW’s pitch-shifting technology properly (especially if the arrangement is a mix of audio and MIDI/virtual instruments tracks. Even if they do, at times a key change may push existing tracks far enough away from their original pitch center that they don’t sound quite right (e.g., bass notes that go too low), and would need editing or performance changes, and there’s no time (or $$) to get into that. I’ve seen situations where a songwriter still has parts to lay down after the vocal is done, and those parts would be awkward to play in a different key (especially true with guitar chords based on a lot of open positions, capo notwithstanding).

The end result can be a vocal that, while it may turn out fine, could have (and probably should have) been better than just “fine”. But with today’s technological tools, it should always be possible to let a singer perform in a (temporary) key that works best for them, even if that performance is later pitch-shifted back to the desired key (which should sound fine, as long as it’s not too great a technical adjustment). The one situation that might really requite revisiting the arrangement might be a gender switch—a vocal part designed for a singer of one gender, that ends up being done by someone of the other gender. That might require a transposition of a musical 4th or 5th, and that can potentially impact any number of other parts. But a little extra work is still preferable to a compromised lead vocal.

2. Don’t be Afraid to Push the Vocalist’s Range

So, after all that finger-wagging about making sure the singer is in a comfortable part of his/her range, now I’m going to turn around and suggest that, sometimes, pushing a vocalist to the limit of their range can be an effective production tool. It’s not uncommon for producers to shift the key of a song a bit, forcing a singer to hit the top notes at or just beyond the natural upper limit of their range. This is done when it’s appropriate to the musical style for the singer to be heard straining for the high notes, at dramatic points in the song—a lot of more-aggressive rock songs use this trick. The extra rasp that comes from the vocalist straining to hit those musical high points can add a sense of urgency and excitement to the performance. Think of how many times you’ve heard a song where the last chorus is modulated up a half-step or whole-step—after hearing the singer effortlessly hit the high notes on the previous choruses (easily within their range), the pitched-up chorus forces the vocalist to put more energy and grit into those same lines, to reach the higher pitches. So instead of just another repetition of the chorus, you now have a subtly more high-energy take, appropriate to the build-up of energy in the song overall. 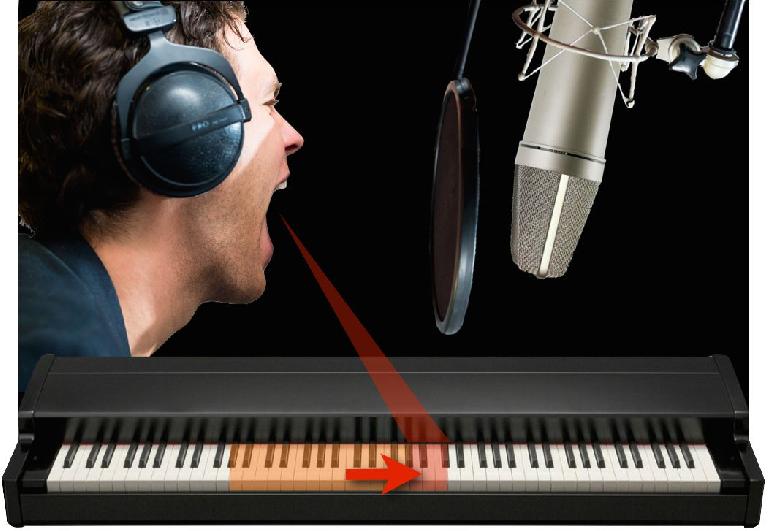 This production technique sometimes goes hand in hand with another producer’s trick—very slightly pulling down the vocal level in the singer’s headphones, so they have to push a little harder to hear themselves clearly over the backing track. Together, these two subtle adjustments can help pull a much more energetic performance out of the vocalist. But if you’re producing a vocal session, and do decide to play master manipulator with your singer, just keep in mind that making that singer push harder—especially in a less-comfortable part of their range—is liable to blow out their voice that much sooner, so you need to be careful not to push them too hard, or you’ll run up against the law of diminishing returns.

One of my pet peeves is hearing a singer, on a song that’s meant to build a little in intensity from beginning to end (as many songs do, obviously or subtly), start the vocal off normally, but then almost immediately begin to embellish the melody with extra notes, turns, and melismas (where the vocalist takes a single held notes and riffs on it). Sometimes I hear this on a song with a well-known—and very hooky—melody, and it occurs to me that if I didn’t already know the melody, I’d never walk away from that performance humming it—the actual melody was so buried in a blizzard of vocal flourishes that it’s almost scat singing, and the song’s overall presentation suffers from it. 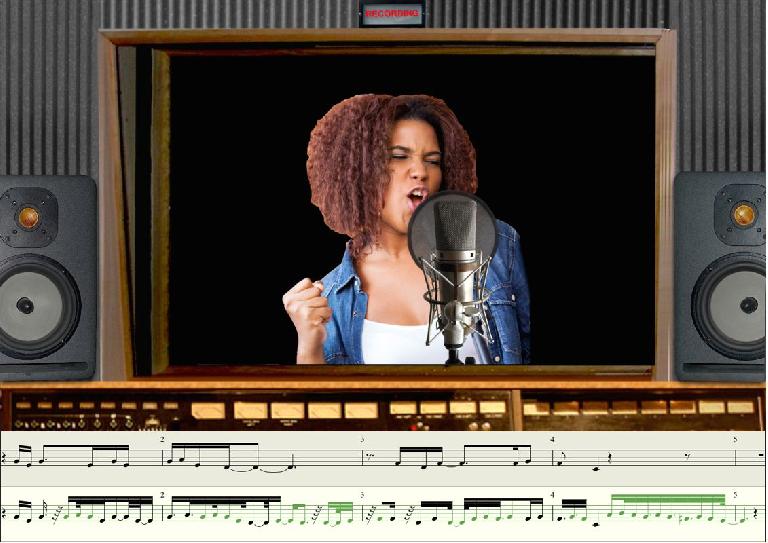 Fig 3 Some vocalists tend to over-embellish the melody

This is often done by vocalists who are trying too hard to impress, or otherwise demonstrate their (often prodigious) vocal chops—talent show, anyone? Unfortunately, they end up just like the guitarist who constantly plays licks behind everybody else to the point of distraction, or the drummer who can’t stop playing fills and other busy-ness, when a straight, simple, solid groove is what’s desperately needed. While this kind of technique-heavy performance may indeed show off the singer’s skills, it doesn’t serve the song—in fact, as often as not it detracts—and that can be a fatal flaw. As a producer or band member, I often avoided using a singer who, despite a great voice and wide range, clearly had no self-control. It’s fine to add those vocal flourishes, but first the melody has to be well-established, so the listener can retain it, and only then should it be embellished with technique. It’s the producer’s job to stay on top of this, especially with singers who perform more by feel, losing themselves in the moment, and may not realize when they’re jumping the shark, vocally speaking. Needless to say, critiques of this must be delivered carefully and tactfully, or you may end up with the opposite situation—a singer who becomes so self-conscious that he/she loses all the fire and inspiration they need to do their best.

In the same vein, over-embellishing the melody is only one way that singers sometimes get carried away. A vocalist might mainly stick to the melody as written, except for the occasional variations that any performer would do to keep things interesting for a part that repeats throughout a song. These might include starting in a lower octave, changing from a softer, breathier voice to a harder, more full-throated delivery, and adding a little vocal rasp here and there, for drama. But while all these techniques are welcome, and can be highly effective elements of the performance, how, and most importantly, when they’re used, is key.

Just as in the previous example, I often come across a vocal performance where the singer started off the first verse, of maybe a typical two/three-verse/chorus song, in softer more laid-back tone and delivery, but by the end of that first verse, and right into the first chorus, they had revved up to 5th gear already. That might make for a dramatic first chorus, and you very well might want a bit of push going into even that first chorus, but too big a push in the first verse-into-chorus may not leave the singer anywhere to go after that. They can still drop back down for the second verse, but they run the risk of it bringing down the now-already-building energy of the song. And if they hit their peak energy level on the first choruses, the following choruses—especially if there’s a repeated chorus at the end—may end up being somewhat anticlimactic—subconsciously the listener’s reaction can be “OK, been there, done that”. 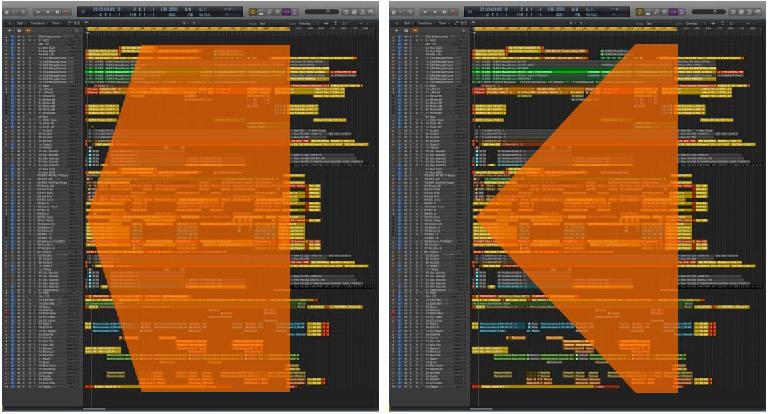 It’s important to make sure that when a song gradually builds, those vocal techniques that build up the energy are brought in appropriately. Let the song cruise along for a bit; if a slight push is needed in an early chorus, make sure there’s something held back for a more dramatic take on it in later choruses, when the song’s overall energy is higher (listen to any half-dozen classic Aretha Franklin recordings to hear this done brilliantly). The best singers will do this instinctively, but any singer—particularly less-experienced ones—might tend to push a little too hard, too soon, at times, especially if they have to perform multiple takes. Coming off a high-energy finish in one take, and then having to recalibrate back down to a lower-energy level for the beginning of the song in the next take, can often be difficult. It’s up to the producer to keep an eye on this, and also to help, when needed—make sure there’s a suitable break between takes, not too long, so the singer loses momentum, but not so short that they don’t have time to down-shift enough to start the next take at the appropriate energy level.

Some of these considerations may sound obvious, at least on paper, but it’s surprising how often these key issues do get overlooked in vocal sessions. Good producers need to keep all of these considerations front-and-center, along with all the other usual issues, to make sure they always get the best vocal performance the singer can deliver.