There's a new batch of 25 8-voice Schmidt analog synthesizers available from today. At an eye-popping â‚¬20K each they won't be for everyone... but they sure do look nice.

The Schmidt Eightvoice Analog Synthesizer is expensive. No doubt about that. While it might not be suited to everybody's budget it is impressive. Read on to check out details on the black / white edition now available (the images below are for the previous grey version).

This Schmidt synth is NOT the most expensive synth in the world... Here are the 6 most expensive hardware synths currently available: https://ask.audio/articles/the-6-most-expensive-hardware-synthesizers-available-today !

LANGENAU, GERMANY: Schmidt-Synthesizer, makers of the no-expense-spared namesake Schmidt Eightvoice Analog Synthesizer thoroughbred, is proud to announce that it is taking orders on a third batch of 25 units — with upcoming availability in both black and white colour finishes — as of September 15… 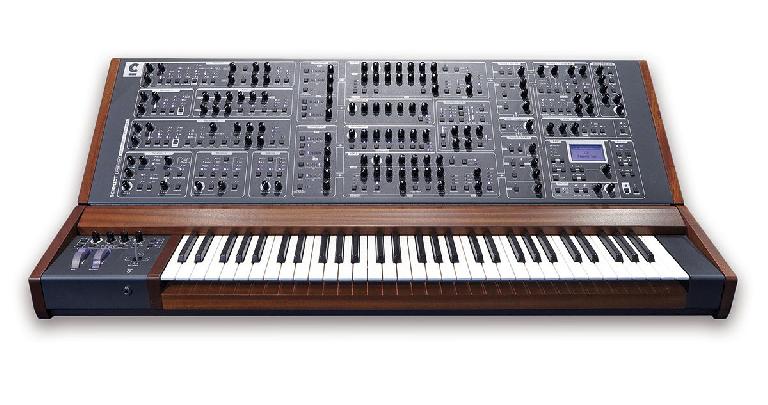 That no-expense-spared Schmidt Eightvoice Analog Synthesizer was, without doubt, a showstopper when namesake hardware and software designer Stefan Schmidt’s hand-crafted first prototype unit debuted at Musikmesse 2011 in Frankfurt, Germany. Subsequently supported by e:m:c (electronic music components) — German distributor of several key electronic musical instrument brands (including Mellotron, Moog, and Vintage Vibe), Stefan Schmidt’s ‘one-off’ dream machine made it into production as a sound designer’s dream — albeit bravely built as a limited 25-unit batch of what was quite possibly the most expensive analogue eight-voice polyphonic synthesizer the world had yet seen and heard! However, a cursory glance at its complex four-oscillator structure clearly convinced even the most skilled synthesists that the Schmidt Eightvoice Analog Synthesizer was capable of creating complex timbres that go way beyond the capabilities of conventional analogue synthesizers, so Schmidt-Synthesizer's first batch (slowly) sold out… onwards and upwards, ultimately, a second 25-unit batch was billed as being the last.

Who better to put this third batch of 25 (unplanned) units into its rightful perspective, then, than Schmidt-Synthesizer Product Manager Axel Fischer: “Last year we assumed that the second batch would also be the last. The Schmidt Eightvoice Analog Synthesizer’s sound engine electronics are mainly of ‘old school’ stock, with through-hole mounting technology, and pricing for those components have been rising steadily for years. Yet since the second batch of 25 units — ultimately, we ordered some extra components, so there were actually 27 — sold out within 14 months, those component prices are acceptable. So since the Schmidt Eightvoice Analog Synthesizer still enjoys serious support, we’re happy to announce that additional units of this wonderful instrument will be available in 2018. At the moment, we're still finishing fulfilling orders for the second batch, but orders for the third batch can be placed as of now.” 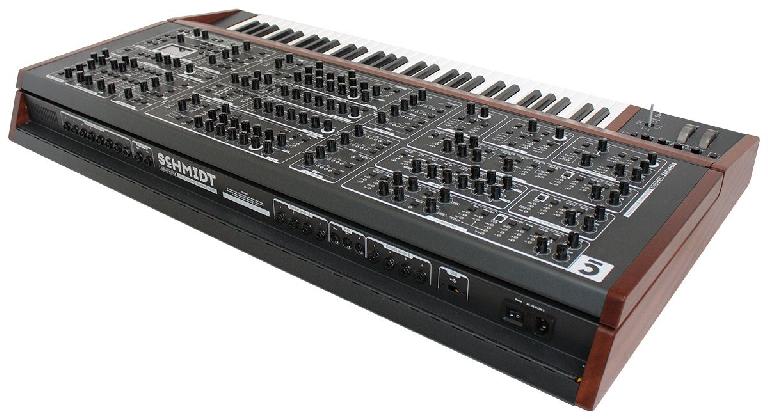 No need to necessarily order one (or more) in black, though. This time the Schmidt Eightvoice Analog Synthesizer is back in black, but also available to order in white, which looks stunning — sounds stunning, too, with the same seriously well-specified feature set as the original. Oscillator 4 is worth highlighting, however; thanks to its chain of five ring modulators fed by six pulse-waves, each with different pulse-widths, it can create colder, wavetable-like sounds — despite being fully analogue! These truly unique features are unavailable in any alternative analogue synthesizer out there, let alone any alternative analogue polysynth! Subtractive synthesis clearly knows no bounds here, helping to make the Schmidt Eightvoice Analog Synthesizer a shining example of no-expense-spared synthesizer design, deploying discrete sound generation circuitry throughout — no integrated oscillator/filter circuits on a single chip, for instance, in keeping with the highest possible production standards. Still better, each and every parameter is directly accessible via dedicated controls on a seriously spacious front panel with adjustable angle and user-adjustable coloured LEDs (Light Emitting Diodes).

Back in black and white, the Schmidt Eightvoice Analog Synthesizer sounds and looks like the sum of its pricey parts. Put it this way: this is synthesizer history in the making. Making one is a tall order. Making 25 more is subtractive synthesis manna from heaven! 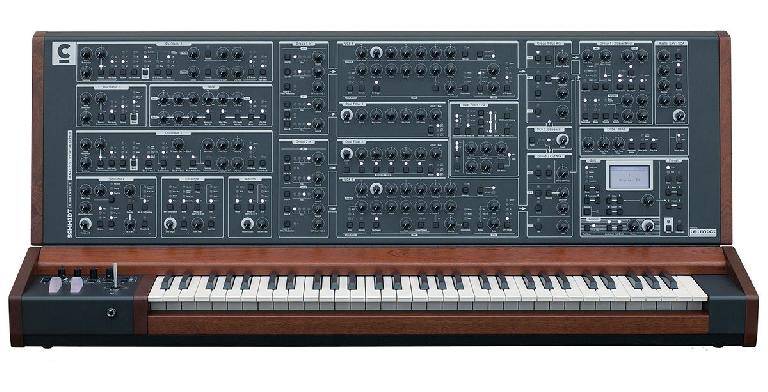