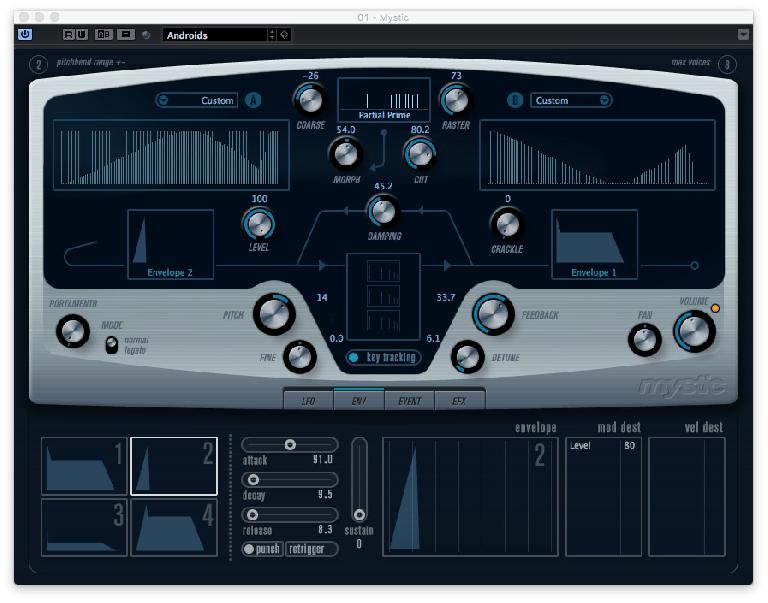 Even fresh out of the box, Cubase comes with some great synths. Mystic is particularly good for synthetic textures, and has two oscillators with selectable sources as well as user-definable envelopes. The Morph control near the top is great for blending between the two, and you can achieve far more than you might have expected by simply drawing in some of your own shapes and settings. There’s extensive modulation assignment support as well plus a detailed effects section. It’s an atmosphere in a box! Cutting up audio loops is a great way to create something new out of old content. Imagine you have a loop or even a whole track. Set the snap settings according to how precisely you want to slice the audio, or even turn it off entirely for a free hand, although this will make dealing with anything rhythmic rather difficult. Then use the Scissors tool to cut up the audio and rearrange it either on new take lanes or a new audio track. Change the snap settings to take snippets of differing lengths and copy and paste events to build up, say, a new beat from parts of other clips. It’s just like sampling used to be, but easier. 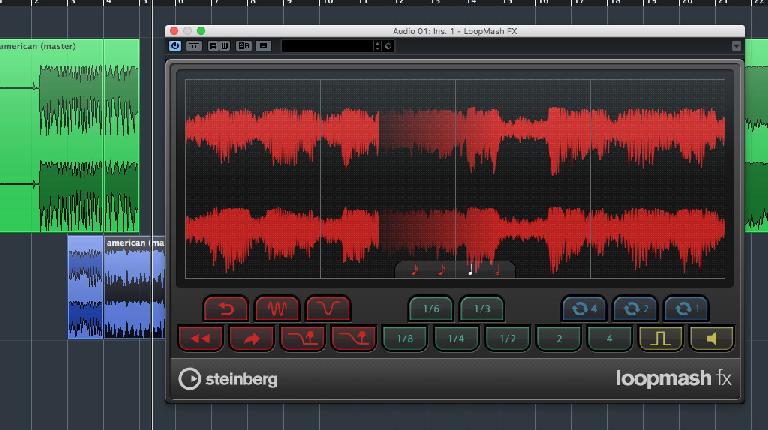 If you want to get even deeper with this kind of cut-up approach, look at Loopmash, which comes with Cubase. Insert it as an effect on the audio channel you want to mash up and it will live sample the track’s output in real time. You can then use the onboard controls like stutter, loop, scratch and more to play with the signal but without affecting the original audio. Record these interactions by activating automation recording and you can have them played back afterwards, nondestructively. You can even set up the output of the audio track to feed into the input of a blank audio track to record the results as audio to a new track while leaving the original intact.

4. Pitch & Time Stretch To The Extreme 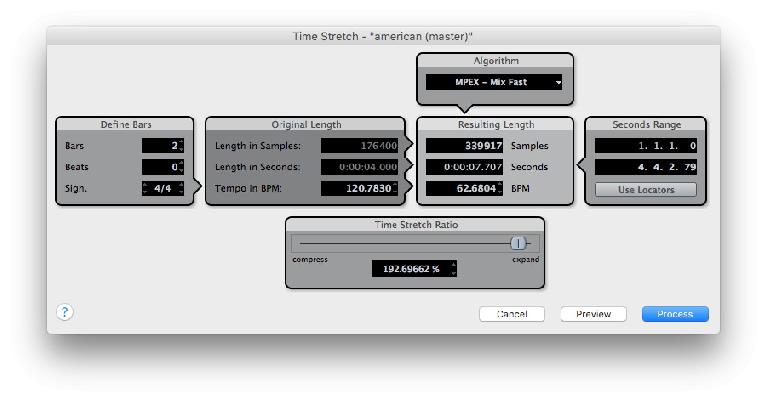 A good way to turn audio parts into something completely unrecognizable is to use extreme pitch and/or time stretching. Select an audio part and then right-click on it and choose Process > Pitch Shift or Time Stretch. You can then enter values for how much the clip should be altered by and using extreme values, create textures and special effects from regular sounds. You can also do this by using the quick time stretch tool in the sequencer and massively dragging a clip’s length out. These kinds of hyper-slowed down effects are very popular in modern film scoring.

5. Harness The Power Of MIDI FX 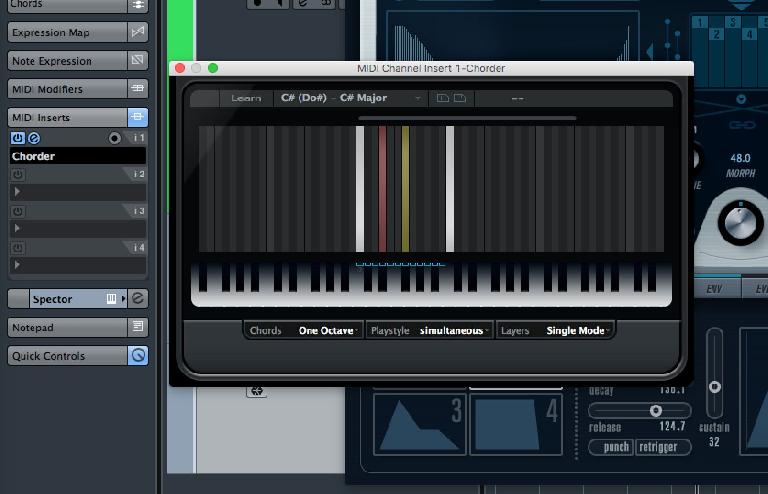 The MIDI Inserts tab in a MIDI or Instrument channel can be used to generate much more complex sounds than you might usually be able to play or program by hand. MIDI effects do this by interpreting your playing or even generating their own content and then firing this at the instrument. So if you were for example to use a Chorder, you can generate complex chords. Add a second MIDI effect like an arpeggiator and things get even more interesting really quickly. 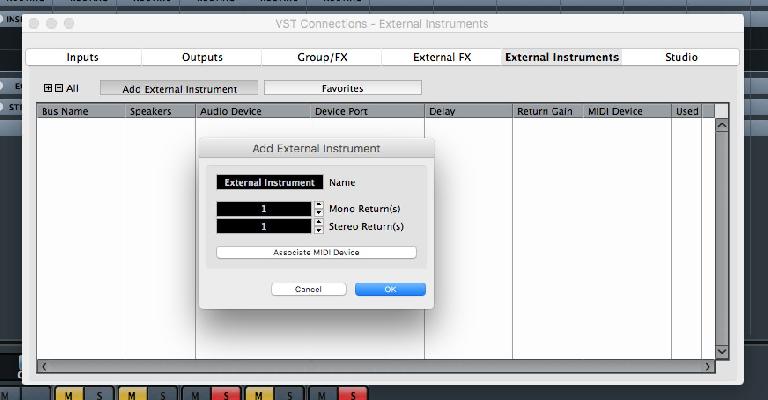 You don’t actually need a big mixer setup to incorporate live audio hardware effects into Cubase’s software mixer—it has had the ability to do this simply for some years. In the VST Connections window, go to the External Instruments tab. Click on Add External Instrument and on your audio interface, make sure your hardware effect is connected to the relevant inputs and outputs and then select these in the window. What Cubase will do is send signal out to the effect and record it back in, with appropriate delay compensation. So you can use a hardware effect in the mixer just like an insert: it will appear as a pop up option with the name you assign to it here. Practically any effect and instrument parameter in any plug-in inside Cubase can be automated by putting it into Write mode and then performing movements over time. Although this might sound basic it’s still a fantastic way to create interest and movement in your sounds, especially effects. Cubase has some advanced tools for working with automation data so it’s easier than ever to manage it inside a project. If you have the relevant hardware monitoring system to play it back properly, working in surround can be a really interesting way to explore sound design. When adding an audio track you can select from a surround format, and in the VST Connections window you can set up your inputs and assign speakers so that the right signal is sent to the right speakers. Some third-party instruments have surround capabilities, notably specialized synths like NI’s Absynth. You can reach inside any audio part in Cubase and activate AudioWarp. This renders the audio elastic and while it’s often used for correcting timing mistakes, it can be appropriated to really mangle any sound in terms of its timing. Massively stretch or compress different parts of a waveform without affecting the overall length of the clip and thereby messing up your arrangement. The same works with pitch too if you use the VariAudio tab—you can play with pitch just as creatively as time.

Playing with tempo automation across a project is an interesting way of creating more unusual effects. Sometimes used to compensate for the changing tempos necessary for different parts of a soundtrack, it can also be used to slow down or speed up whole sections of audio and MIDI at the same time. This is handy because otherwise you would have to export a mixdown to process it. This way, everything remains editable and you can make changes to the tempo automation in the Tempo Track with just a few clicks of the mouse.