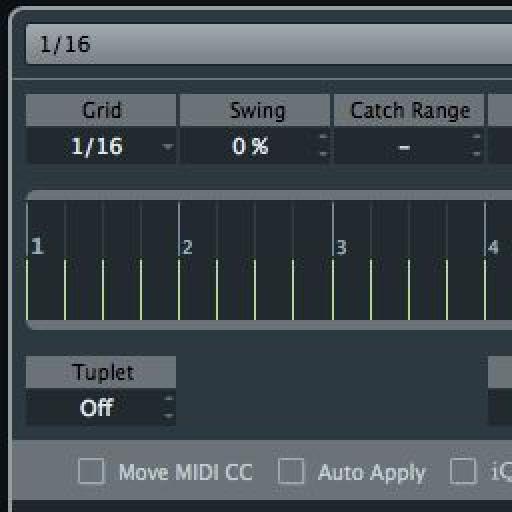 Language
Join Hollin Jones as he explores the finer points to MIDI editing in Cubase 6 and shares 10 MIDI Editing tips from how to create instant harmonies to getting experimental with the Logical Editor.

Cubase was one of the first sequencers on the market, back in the days when your computer was used as a device to control external MIDI gear like synths and drum machines and later, workstation keyboards. And although it has taken on countless other features over the years, its MIDI editing capabilities remain amongst the best around. In the never-ending “battle of the DAWs”, Cubase's MIDI talents are always mentioned. Rather than detailing how MIDI works in Cubase – a long and detailed topic in itself – we're going to list some tips and tricks, some handy shortcuts and insider techniques that you may not have known about and that can help you improve your workflow and creativity in everyday music-making situations.

The velocity controller lane in the MIDI Editor window is really useful for dealing with notes that you have played too loud or too quietly, or indeed for adding some variation into MIDI parts that may have been programmed too mechanically. Move the mouse into this lane and it turns into a Pen tool. Use it to manually alter velocities by drawing in values. Hold the Option key and drag to draw around and select multiple velocities. Hold the Shift key and drag in a horizontal line and you can instantly make any selected velocities set to the same value. Drag at a 45 degree angle to create steadily increasing or decreasing velocities. 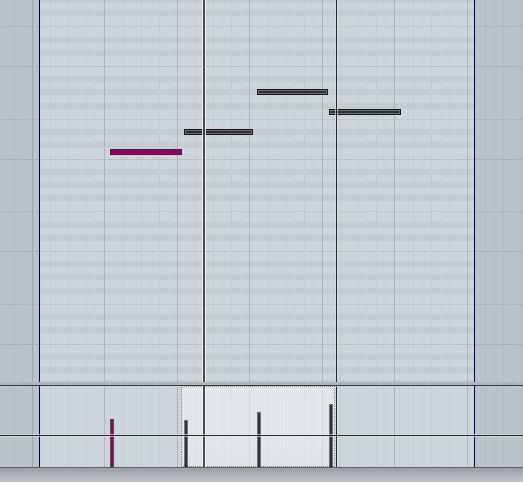 Select one or more notes in the Key Editor and hold the Option key. Then click and drag upwards or downwards with the mouse and the notes are duplicated. They will obey your snap settings so if this is set to something like 1/16, your notes should remain exactly in time unless you start to drag them to the left or right as well as up or down. This is a quick way to create harmonies that remain in time. If you want to create “free” harmonies you could deactivate snapping, or set it to a more precise value. Generally though you will probably want to keep duplicated notes in time with the originals. 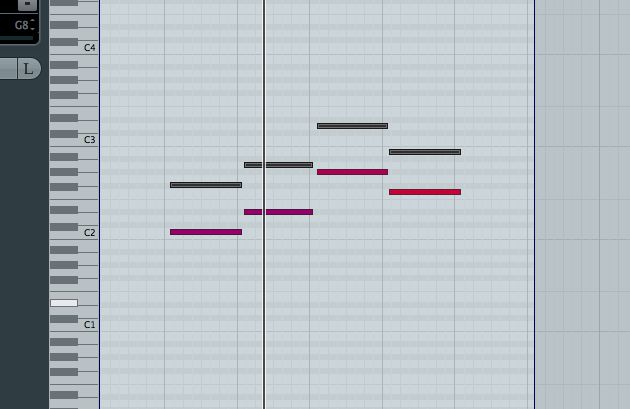 In the Key Editor, you will see the Inspector panel and within that, a Quantize section. This contains loads of useful tools that work on the currently selected MIDI notes. Mostly they obey the Grid settings that you can determine using the Grid field, and also any Swing that you add using the field of the same name. At the bottom is a handy option called Quantize Ends, which moves the ends of your MIDI notes to the nearest grid positions, taking the Quantize pop-up menu setting into account. This is a good one to know about if you find that your MIDI parts are holding over slightly from one bar to the next. It ensures they stop precisely at a grid marker.

Staying in the Quantize panel, if you switch on the 'Auto Apply' option, which can be found third from the top in this section, any changes that you make are applied directly to the selected MIDI parts without you having to click any confirmation buttons. This is useful when you have a loop running and you are experimenting with different settings to try to get the right feel – you can keep tweaking without having to continually tell Cubase that it's OK to make the adjustments. 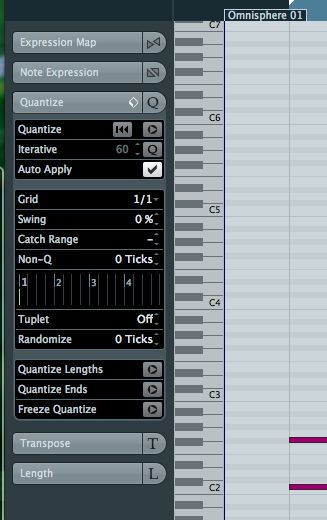 When you are programming or editing MIDI, sometimes you find two notes overlapping. Occasionally this is what you want but more often than not, it isn't. Instead of going through MIDI parts looking for overlapping notes which may cause oddities in playback, simply select notes or clips and choose MIDI > Functions > Delete Overlaps. Cubase 6 has a nifty function that lets you perform MIDI note editing without having to open any extra windows. In the Project window, right-click on a MIDI clip and choose MIDI > Open In-Place Editor. You then get a compact view of the clip in the regular timeline. From here you can edit notes, velocities and other controllers easily. Click on the triangle by the track's name to show a toolbar that lets you make some global changes to the part, and click on the blocks of colour at the bottom of the track to return to regular Project view. 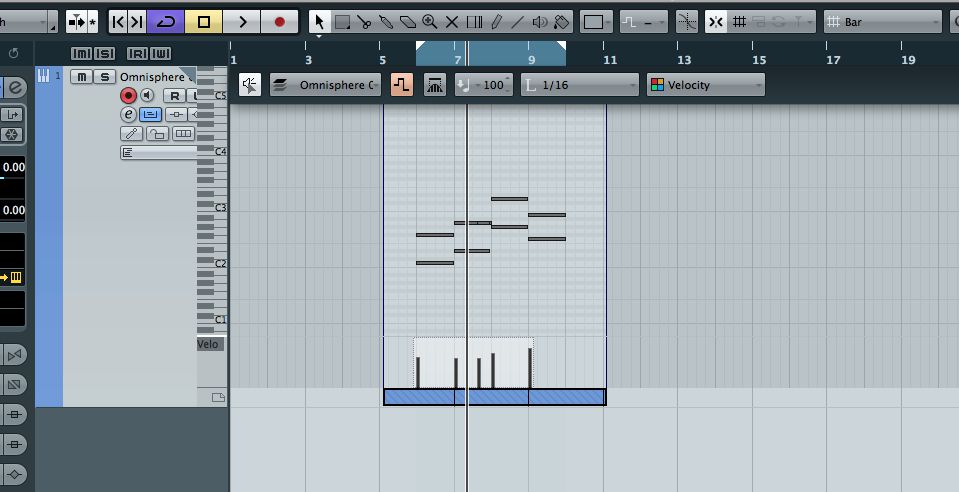 If you have recorded or imported a MIDI part, you'll sometimes want to get at notes within that part and separate them off for other purposes. One good example might be to take elements of a MIDI drum part and reassign them to other VST drum machines. You could duplicate the whole MIDI part then set about deleting unwantes notes, or copy and paste notes from one part to another, but a better way is to dissolve the part. Select a clip and then choose MIDI > Dissolve Part.

In the next window, choose your options. If you choose Separate Pitches, more MIDI tracks are created, each with an individual note on it. If you choose to dissolve to lanes, notes are split onto separate lanes but kept within the original MIDI track. Dissolving to new tracks is good for reassigning notes to new instruments, and dissolving to lanes is good for things like automating based on individual notes rather than whole clips. 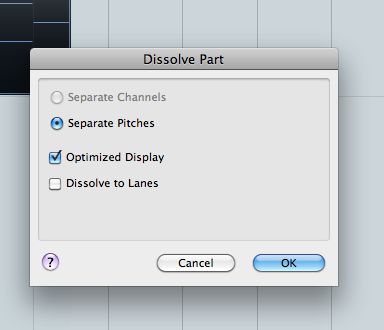 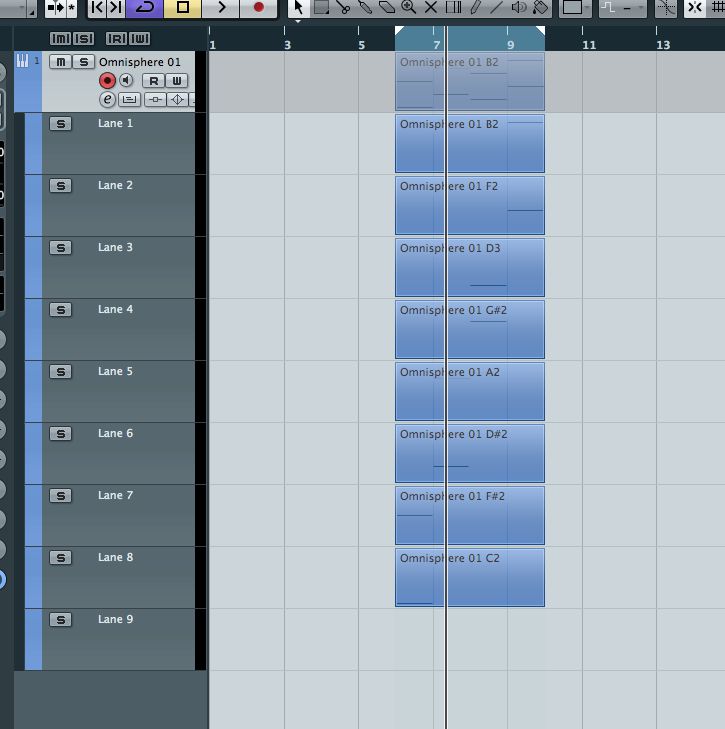 You don't have to be a proficient player to get great MIDI parts – you can program simple parts and then add MIDI inserts from the Inspector panel to liven things up. The Step Designer for example can be used to make MIDI patterns with just a few clicks of the mouse. It should be a little more familiar to people who have come from a hardware step sequencing background. The same is true of the Beat Designer MIDI plug-in, which works well on drum parts and is especially suited to Cubase's drum machine, Groove Agent ONE. Tip 9 - Use The Quantize Panel

Cubase 6 has a floating Quantize Panel that can be called up by clicking on the tiny arrow next to the Quantize Presets menu at the top of the Project window. This lets you quickly set up quantization for any selected part, as well as saving and loading presets. It's a great way to get on top of quantizing MIDI in Cubase. Tip 10 - Experiment with the Logical Editor

The Logical Editor, which can be found in the MIDI menu, is a tool for automatically analysing MIDI parts and performing actions based on rules that you set up. It can identify notes and CC data and then convert, modify or delete them as you wish. It's a complicated tool but there are some presets included that are easier to understand – halve tempo, identify notes within a velocity range or delete black keys for example. It's more advanced, but can be useful for batch processing MIDI parts based on very specific criteria.

Take a more in depth tour of Cubase with Matthew Loel T. Hepworth in his excellent collection of Cubase video tutorials here!