Blinksonic's latest Reaktor ensemble uses unusual samples and some clever synthesis to deliver results that are captivating, cinematic and often unexpected. Hollin Jones took it for a spin.

Native Instruments’ Reaktor has long been the playground of choice for developers who want to build their own instruments but without actually starting from absolute zero. It’s complex for sure, but it does at least provide you with the building blocks to make advanced synth and sample-based ensembles. The latest from Blinksonic is Fretz, an affordable instrument with a small footprint of just 148MB that runs in the full version of Reaktor (or the free version for 30 mins at a time). 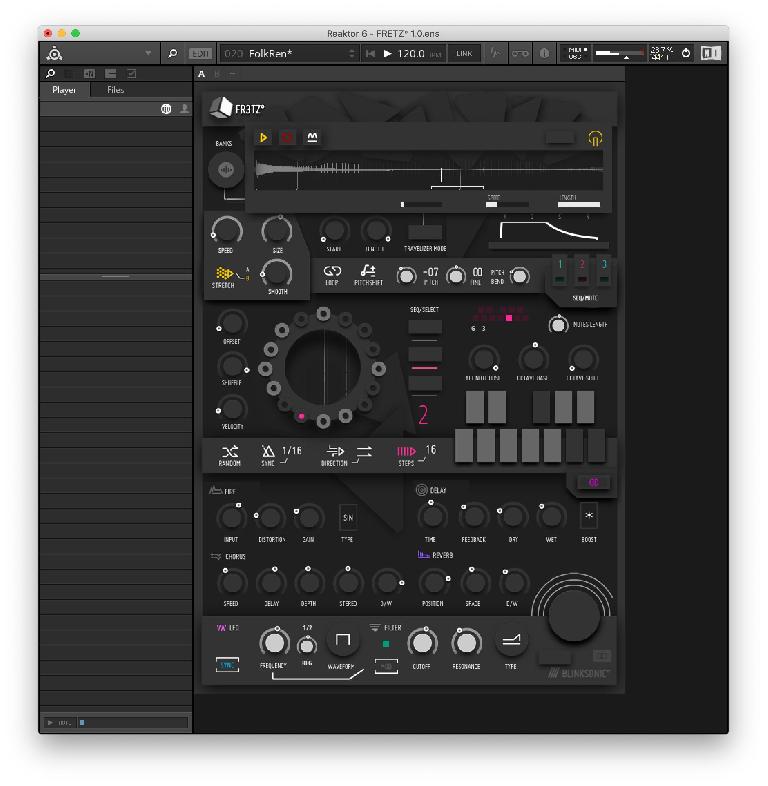 Reaktor ensembles tend to be esoteric and Fretz is no exception. It’s described as “string harmonics meets euclidian beats” and also “a minimal concept of a 3-string mechanical music box that generates original percussive and ambient sonic environments”. Based on a selection of 300 samples of harmonics and squeaks from four guitar types - acoustic, Strat, Tele and bass - it uses sequencing and granular synth processing to weave these into something much more than the sum of its parts. You can also load your own samples via the sample map editor. 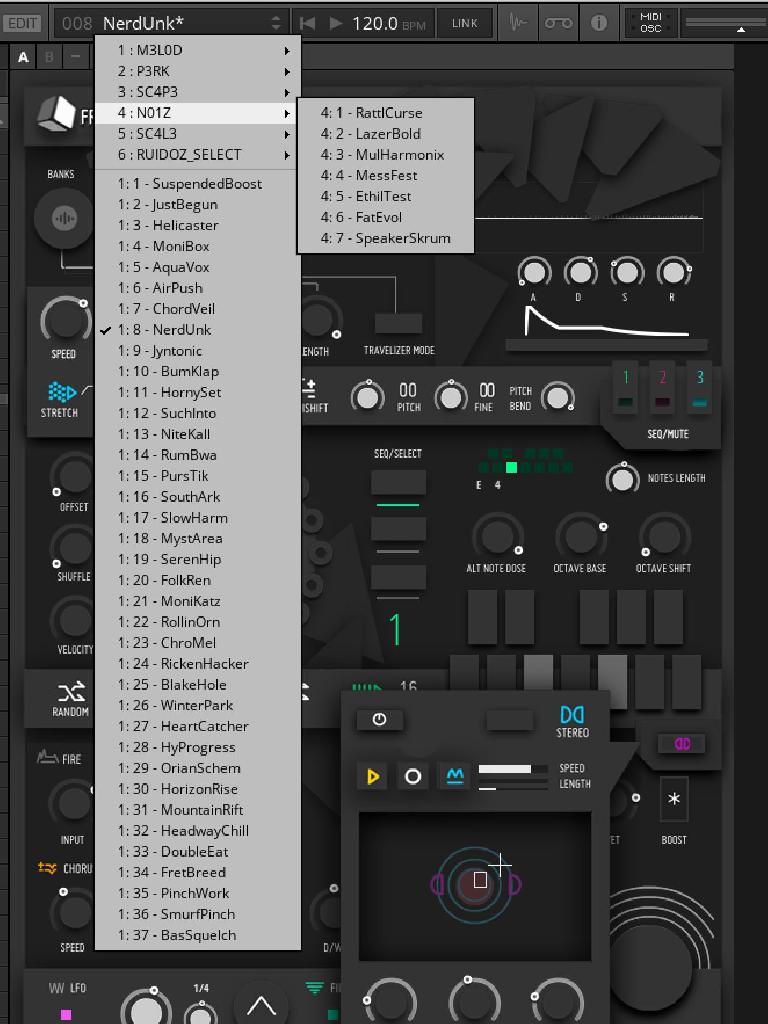 The interface is slick but takes a little learning, so a read of the manual is definitely in order. You’ll find that it’s really made up of three sections, the uppermost of which is the granular sampler. Here you can switch between the six banks (the method is click and mouse drag up/down which isn’t immediately apparent) and you have extensive control over all aspects of the way the sample is processed and played back. This will be familiar to those who have worked with granular synthesis before, and one nice touch is the Travelizer that lets you use the mouse to dynamically and manually control the start and length parameters of playback.

Next is the Sequencer section which is a little different to what you might be used to. Three 16-step mono sequencers can be used at once, each with multiple controls for steps, offset, modulation, time signature, direction and so on. This makes for potentially very unusual results, with up to three sequencers running using very different patterns. It's easy to build up lively, sparky percussive sequences that really have a lot of life to them. 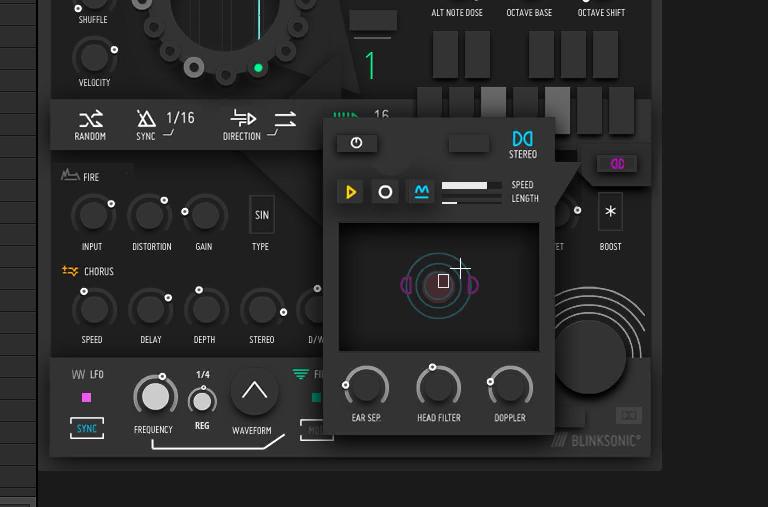 Third is the effects section which has six effects including distortion, chorus, delay and reverb as well as a dynamic X/Y grid for live mixing of FX. As elsewhere in this instrument these aren’t exactly run-of-the-mill in how they sound, but rather bring unusual and immersive character to any signal you run through them. Last but not least there’s an LFO section where you can control how modulation is sent to the cutoff section of the instrument.

Fretz sounds amazing and it’s hard to believe it’s working with a pool of just a small number of short, dry guitar samples. The clever processing and sequencing that’s used inside the instrument really elevates it to the status of a much more advanced tool. The results are definitely cinematic and ideal for composers, sound designers or experimental musicians working in any field. There is a bit of a learning curve, and some may find they enjoy just getting creative with it rather than precisely controlling all the parameters - but both options are there. At just 49 Euro it’s an excellent way to sequence atmospheric and cinematic sounds.

Cons: A bit of a learning curve.